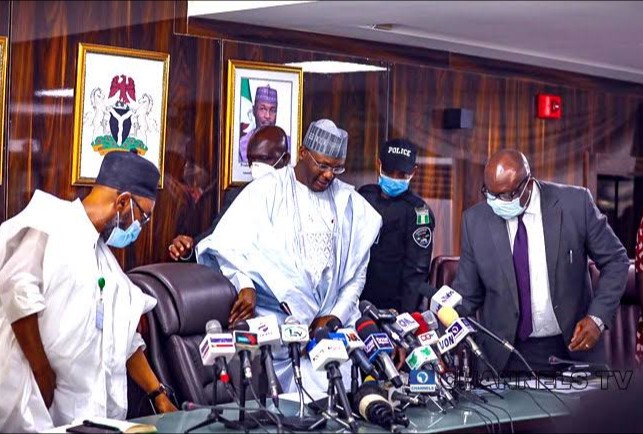 The Independent National Electoral Commission (INEC) has carried a re-organisation of its operations ahead the 2023 general election.

The RECs affected were those of Osun, Ogun, Bayelsa, Cross River and Zamfara states.

The Commission also rejigged its Voter Education and Publicity Department with the appointment of a new director, Victor Ayodele Aluko, while the previous director, Nick Dazang was told to proceed on his retirement leave.

Okoye, who is Chairman of Information and Voter Education Committee, in a statement said Olusegun Agbaje, who until now, was REC Osun State, swapped positions with his Ogun State counterpart Prof. AbdulGaniy Olayinka Raji.

The redeployment of Aluko from the Admin Department to VEP was hailed by officials of the Commission.

Rotimi Oyekamni, Chief Press Secretary to the INEC Chairman, said the publicity department “is going to witness a transformation.”

It was learnt that Aluko was in the department before he was moved to the Admin department. His former position was assigned to Mr. Mikah Thabbal Lakumna, who before now was Director (Security).

Also, Mr. Nduh Lebari Samson, formerly of the office of the Secretary to the Commission, now moves to the Security Department as director, while Mr. Yakubu Mohammed Duku, Director in the Electoral Operations Department, proceeds to Niger State as the substantive Administrative Secretary.

READ ALSO:  2023: I Am Going To House Of Representatives To Give My People Better Deal - Nwokolo

2019: We Will Reward Best Performing Corp Members With Automatic Employment...

Just Like Umahi, Another Governor Set To Dump PDP For APC