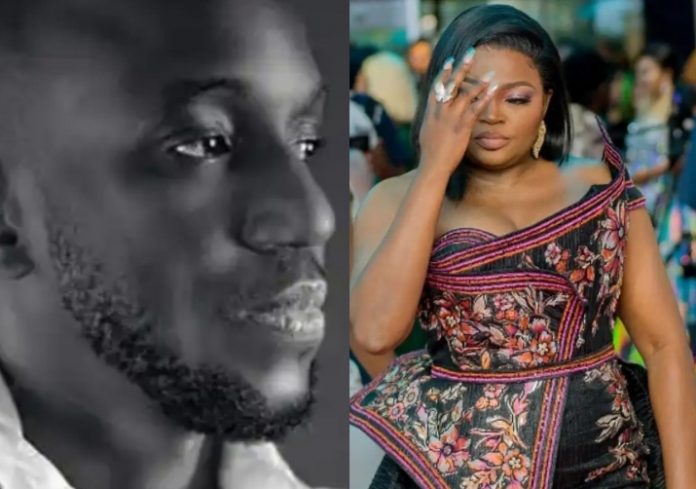 Recall that weeks ago, the Jenifer Diary start Funke announced that she will be running as deputy governorship candidate for the People’s Democrats Party (PDP) in Lagos in the 2023 election, joining the lists of female actresses like, Tonto Dikeh, Carolina Danjuma, who has also picked up the appointment of becoming the deputy governorship candidate of different party in their respective states.

However, Obiwon who was a secular musician give his opinion about Funke’s political chose.

In an exclusive interview with Emmanuel Adewale of Pearlnews, Obiwon also talked about career since switching from secular music to gospel.

“Her decision, her path. In whatever ways we can contribute to building a better society and nation in our various capacities, including vying for public offices, let’s do it”.

On his career as a gospel singer, he said
“My faith now plays the key role in the music I make and I’m devoted to seeing the music I’ve been given transform lives. That’s the difference. In the midst of my secular music career I had a spiritual awakening and that changed everything.

The assurance of God’s presence and to walk daily with Him, nothing tops that, not even career. That doesn’t necessarily mean that life is easy, but life is abundantly victorious and joyful. Yes that’s obvious. But I’m grateful to live for much more”.

I Was Forced Into Comedy As An Actor – Charles Awurum

My Body And Soul Is Ready For Marriage – Actress Inem...