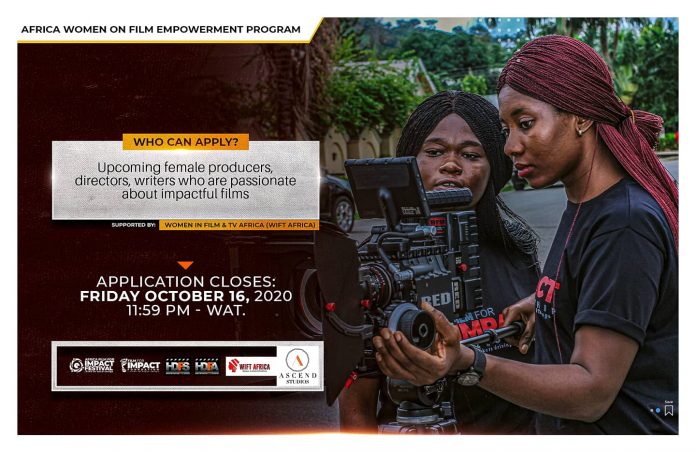 As the countdown to Africa Film For Impact Festival (AFFIF) 2020 begins, the African Women in Film and TV Empowerment Program (AWIFTEP), a program supporting the development of African women entrepreneurs within the film and TV industry has indicated interest in partnering with AFFIF 2020.

The program that is scheduled to hold from November 3-7, 2020, at the Africa Film For Impact Festival (AFFIF) 2020 -virtual access, and broadcast globally via Youtube live on the festival channel FFIF TV, is in collaboration with Ascend Studios Foundation (ASF).

AWIFTEP’s reach that extends across Africa where promoting women’s economic empowerment is a principal priority and will be a great asset to aspiring filmmakers. The body among others will be holding virtually facilitated sessions with industry experts covering all relevant topics on film for impact. They will also help African Women in Film and TV become key industry players through networking, capacity building, mentorship and access to funding.

The program is targeted at Upcoming Female producers, directors, writers of Africa descent, between the ages of 18 to 45, and who are passionate about impactful films.

Film For Impact Foundation which is in partnership with High Definition Film Studio will hold the maiden edition of the “Africa Film For Impact Festival (AFFIF)”, theme “Break The Cycle” via Virtual Access from November 3-7, 2020. 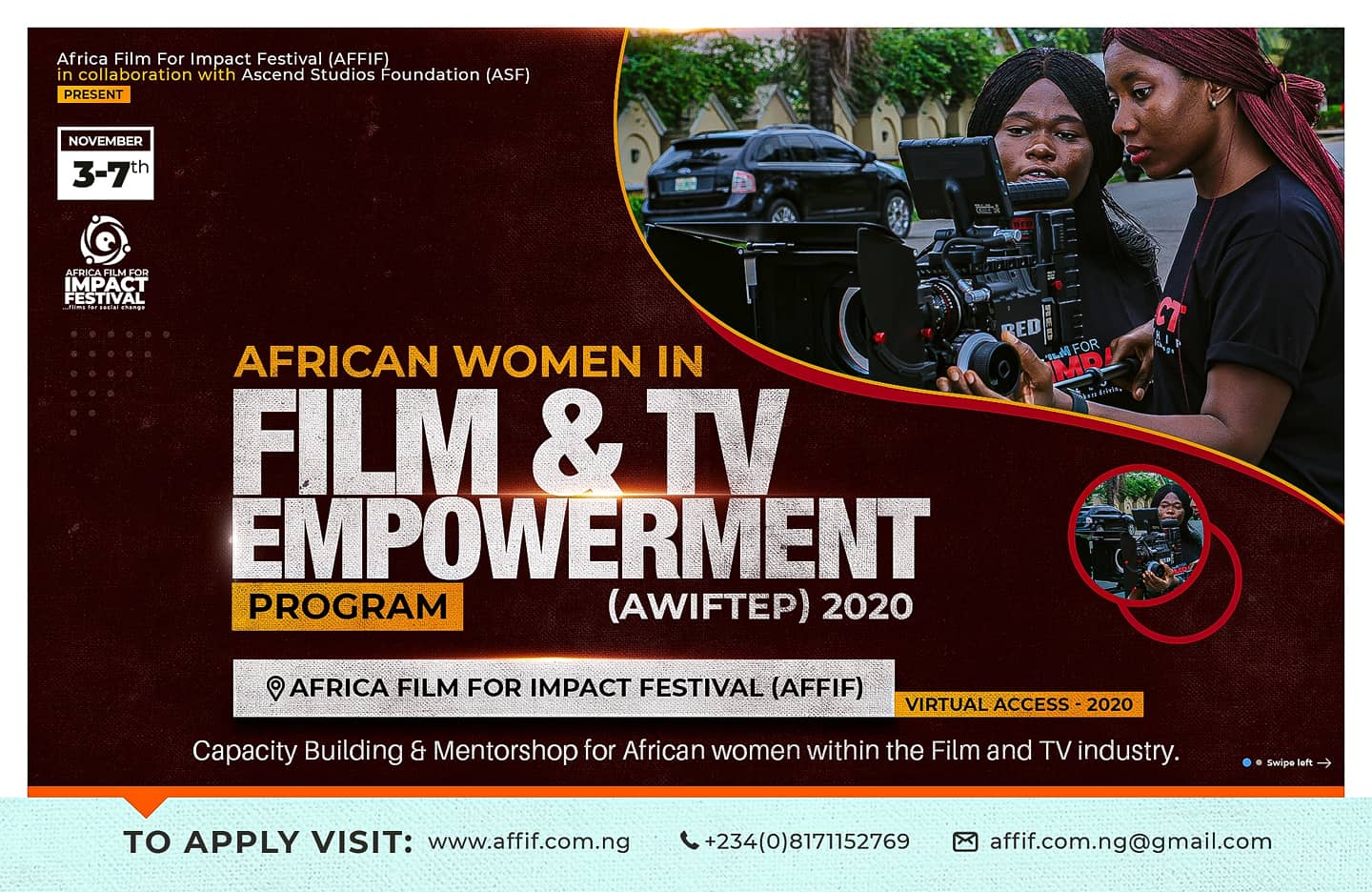 He said, “The hybrid Film Festival, which will screen short and feature narrative and documentary films with purpose over a 5-day period, will also host film premieres, master classes, panel discussions, workshops, an Impact Carnival, and climax with an Impact Award ceremony, which will honor extraordinary achievements in filmmaking and driving social change through films.”

I Will Be Cleared Of All Allegations Leveled Against Me, Reinstated As EFCC Chairman – Magu

We will not rig you to become a governor the second time – Ondo...

I Wasn’t Born With A Silver Spoon – Actor, Moshood Mayegun

Emmanuel Quaye “Strika” Of Beast Of No Nation Movie Who Acted...