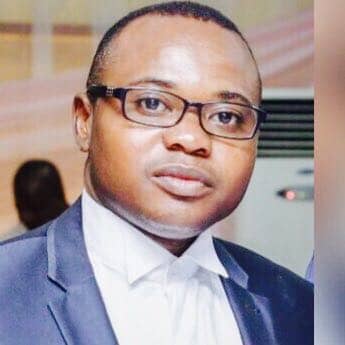 The Organization of Youths in International Trade and Commerce, OY-ITC, has revealed that a trade mission to the USA, tagged the Houston Trade Show has been slated for February, 2022. The trade mission, in partnership with BuyNaija and the Federal Ministry of Industry, Trade and Investment is designed to share with the world the creativity and productivity of the Nigerian youths; supports the development and advancement of Nigerian youths in international trade and commerce; while consolidating the leadership capacities among young Nigerians. The OY-ITC is also collaborating with Committee of Youth on Mobilization and Sensitization (CYMS) to consolidate on youth mobilization towards the event.

The OY-ITC President, Chinedu Amadi, revealed these facts while chatting with journalists at the Arrival Hall of the Nnamdi Azikiwe, International Airport, Abuja. He said that the OY-ITC was a robust initiative with the objective of giving Nigeria youths the recognition and leverage that they need to be true future leaders of this nation. The OY-ITC will avail youths with immense networking and mentoring opportunities. Partnerships with credible persons and organizations, nationally and internationally. OY-ITC is expected to be a firm grip on the challenges of globalization, For example, the OY-ITC President said that the partnership with BuyNaija would elicit keen interaction with manufacturers of finished goods in Nigeria while providing momentum for local manufacturing. The OY-ITC would make Nigerian brands stand out and create value for the Naira.

Mr. Chinedu Amadi explained that the Trade Missions abroad and Trade Fairs locally would be the main vehicles for the OY-ITC business model. Abroad, as in the Houston Trade Show 2022, the soul of the event shall be Exhibitions, Seminars, Trade tours, Investment drives, and recognitions of outstanding initiatives by youths. These recognitions and awards will serve as motivation for young persons of integrity and wisdom.

He further said that the OY-ITC would be propelled by the quality of its membership. Therefore, registration costs a token to guide a deliberate membership process demanded by the set goals of the OY-ITC. Mr. Amadi noted that it would take a high level of integrity to belong to an organization that travels abroad often with zero percent defection possibility.

The OY-ITC President called on well-meaning Nigerians to support the lofty ideals of the organization. Stake holders in the Nigeria project should support the OY-ITC especially as its close partnership with BuyNaija Project of Federal Ministry of Industry Trade and Investment alongside CYMS; would yield immense economic benefits. Endorsed by the Federal Ministry of Industry, Trade and Investment, the OY-ITC, Chinedu Amadi explained, has become a public trust that members run on behalf of Nigerian citizens. In his own words, the OY-ITC extended a hand of fellowship to all by saying “Come, let’s go to the Houston Trade Show”.

No Plans To Go Into Comedy – Son Of Pa James

JUST IN: Joe Igbokwe House In His Home Town On Fire

What NLC Wants To Do To My Government – Buhari