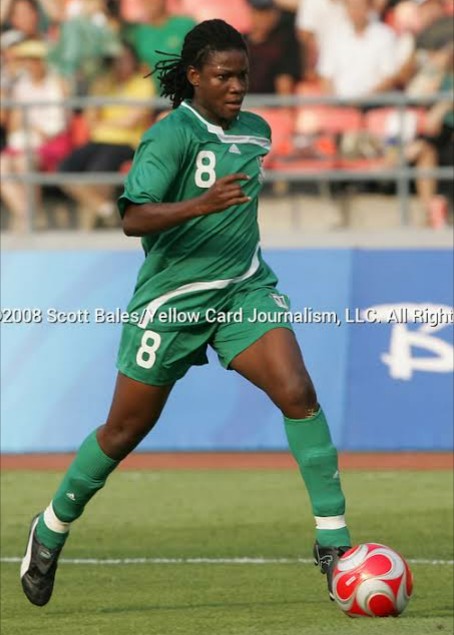 Until her death, she was playing for SSVSM-Kairat Almaty in the Kazakhstani Championship. The midfielder captained the first Nigerian team to the then U19 Women’s World Cup in 2002. Her club football enjoyed a brilliant career that took her to the likes of FC Indiana in USA’s W-League, KMF Kuopio and PK-35 Vantaa in Finland and Zvezda Perm in Russia.

She became a fully capped international, being a part of the Nigerian squad to the 1999, 2003 and 2007 editions of the senior Women’s World Cup. She also played at the 2000 and 2008 Olympic Games in a glorious career that saw her score 15 goals in 61 games for Nigeria.

Chiejine, who grew up in Orile-Iganmu area of Lagos, shot to limelight through school football and turned out for Trokas Queens of Lagos

I Am More Educated Than Atiku – Buhari

Serena In Injury Scare After Win Over Sister Venus

Why I Dump Professional Football As A Career – Usain Bolt