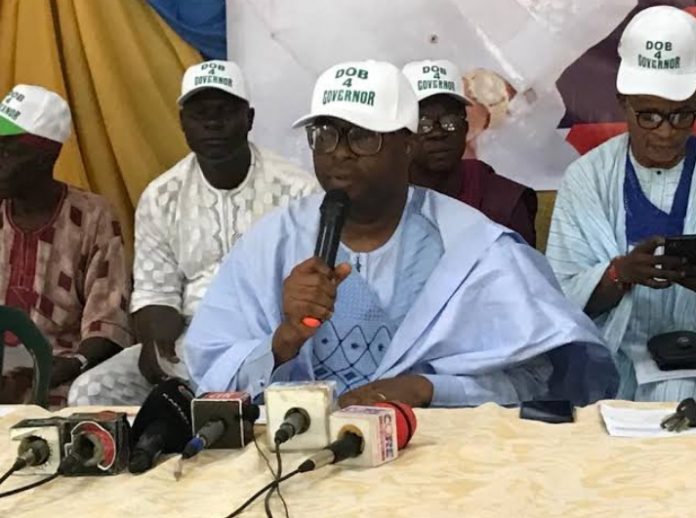 The Ogun State governorship candidate of the Peoples Redemption Party, Prof. David Bamgbose, is dead, six days after he announced himself as the party’s candidate.

Bamgbose’s death was confirmed by his personal assistant and Asst. Senior Pastor of Peace and Love Church, Mr Oduntan Olayemi.

He explained that Bamgbose had complained of tiredness a day earlier, and was taken to hospital around Olomore, where he was referred to Federal Medical Central, Abeokuta.

He was then admitted at Lantoro where he was given oxygen till today (Friday).

“He complained of tiredness yesterday and we decided to take him to an hospital around Olomore. We were referred to the FMC for further checks.

“We opted for the state hospital, Lantoro because of the urgency and he was admitted at the emergency ward where he was administer oxygen till today (Friday).

“I got back to the hospital this morning and I met him breathing too fast and heavy. I was at where I went to get him some prescribed medication that he has passed on”, Olayemi narrated.

Prof. Bamgbose is survived by his wife, Mary Bamgbose and six children.

Bamgbose had recently dumped the Peoples Democratic Party over allegation of taking away the PDP Ogun West Senatorial  ticket from him.

Atiku Begs Nigerians to Help Buhari, Says Leaving Him With All...

The Day My First Daughter, Slipped Into Coma – Omotola Jalade-Ekeinde

How Actress Funke Akindele Got Her Twin Babies Through A Nigerian...