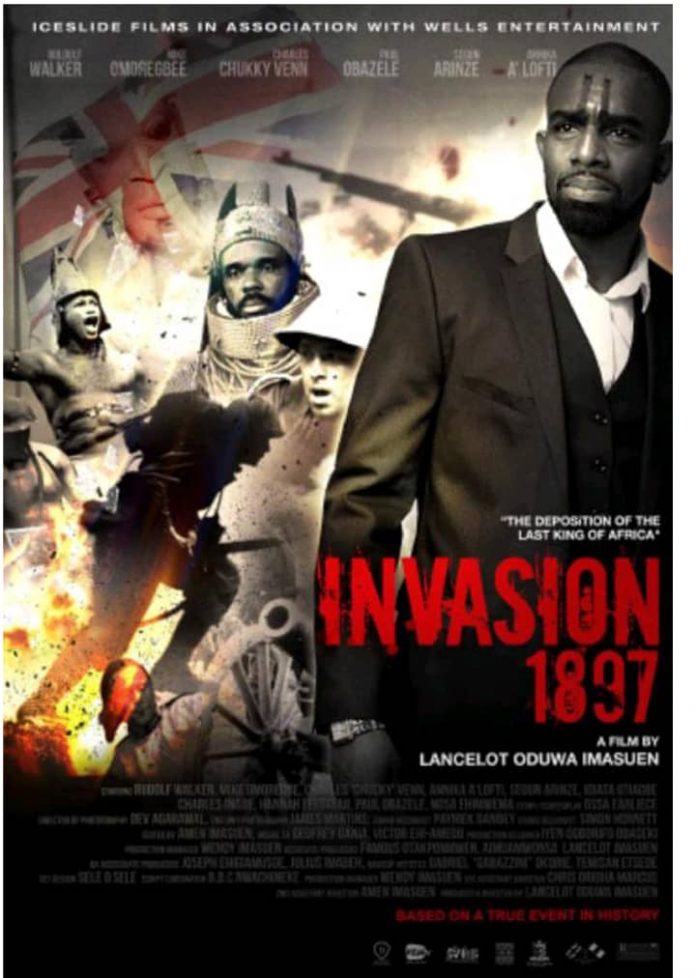 Lancelot Oduwa Imasuen, also known as ‘D Guvnor’ who was recently awarded a honorary Doctorate Degree flew in to Germany after completing the principal photography on the set of ‘SENIOR MAN’, a production of Nosa Rex, shot on location in Asaba.

Dr. Imasuen is expected to be a special guest of The Markk Museum, to officially present and screen his all time blockbuster movie, ‘Invasion 1897′, as part of a special exhibition of “THE Looted History’ a project put together by the museum in marking the decision of the German Government agreeing to send back to Nigeria a total of 1,300 pieces of Benin Artifacts in their collections.

It will be recalled that Amb. Dr. Lancelot Oduwa Imasuen has been in the forefront of advocating for the return of Nigerians stolen artifacts, reason he made the movie Invasion 1897, which was funded by Senator Daisy Danjuma.

The movie, ‘Invasion 1897’ which was screened inside the British Museum and released 9 years ago, have been receiving worldwide acclaim and tons of award both locally and internationally.

Chief (Dr) Lancelot Oduwa Imasuen is a multiple award winning filmmaker and culture activist with almost three decades of active practice and has directed tons of award winning movies to his credit.

Some of his landmark movies are; Issakabaa (parts 1-3), Last burial, August Meeting, Adesuwa and most recently GBEGE, ‘The Omodion Saga’, which is due for theatrical release on October 7th, with premieres billed for 28th September in Lagos, followed by a massive show in Benin tagged “GBEGE movie Premiere concert ” on October 1st and another special premiere in Port Harcourt in honor of the lead actor Sam Dede.

House Of Rep Member Dies In Abuja After Returning From Lagos

Hoodlums Throw Stones At Oshiomole At The APC Rally In Ogun