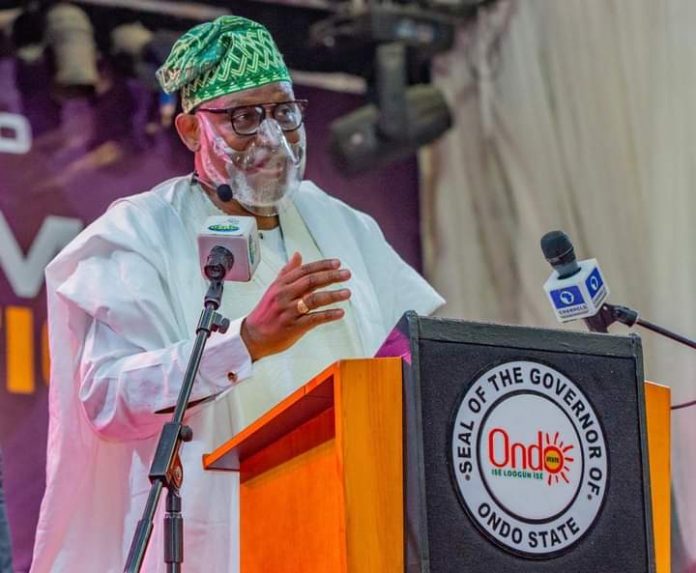 Ondo State Governor, Arakunrin Oluwarotimi Akeredolu, SAN, and his deputy, Hon Lucky Orimisan Aiyedatiwa have been sworn-in as Governor and Deputy Governor of the state.

The inauguration ceremony held at the International Center For Culture and Event (DOME) has dignitaries across the county in attendance including the National Leaders of the All Progressives Congress (APC) Asiwaju Bola Ahmed Tinubu and Chief Bisi Akande.

Governor Akeredolu assured that his administration will not depart from the trodden path which has earned him affection and deep reverence from the citizenry.

The Governor assured that he will continue, with more vigour, to justify the trust earned by his administration, adding that his second term is not for relaxation.

He stressed that the COVID-19 pandemic has had a deleterious effect on the global economy, predicting that may get worse as loss of jobs has been on a frightening scale.

“Production of goods and services has plummeted. Our national economy is in recession. Ingenuity, resourcefulness, courage and hard work will be the needed virtues for survival in the days ahead.”

Arakunrin Akeredolu disclosed that his administration intends to focus on agriculture and youth empowerment through entrepreneurship.

“This has led us to the establishment of the Ondo State Entrepreneurship Agency (ONDEA). We intend to revolutionise agriculture taking it beyond theory and anchoring all expectations on practicals.” He said.

The Governor said as a way of rejigging his administration programmes, he has painstakingly reviewed JMPPR which guided his activities in the first term. 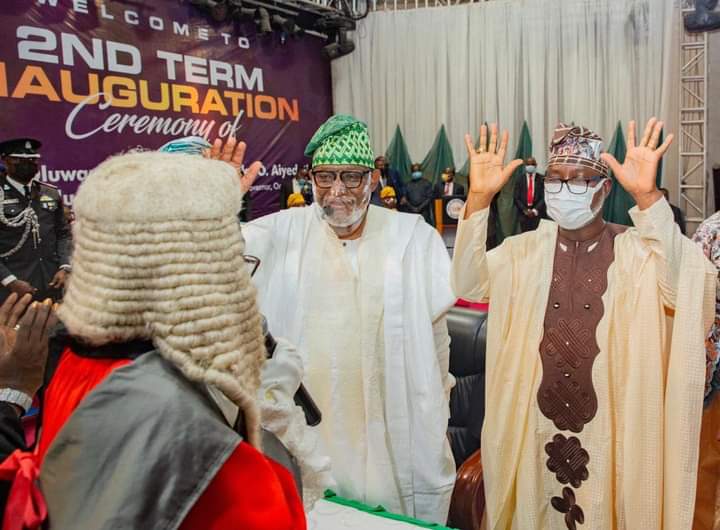 He noted that a lot of dynamics have come into play since he took over the reins of governance in 2017, identifying security challenges and the need to place more emphasis on energy as part of the reasons for the review.

“I wish to state that we have been reviewing these programmes since our victory at the last election with a view to achieving more improvement in service delivery.

“Thus in the next four years, we will be pursuing a totally repackaged programmes christened REDEEMED.

The Governor reeled out the achievements recorded by his administration in the three senatorial districts of the state in the last four years while assuring that the ongoing projects will be completed soon.

He thanked President Muhammadu Buhari for his support and the national leaders of the party among several others.

Some Resident Electoral Commissioners Can No Longer Be Trusted – Oshiomhole

I Have Ordered My Men To Be Tough On Election Riggers...

3 Years After, Nigerian Soldier Sentence To Death For Killing...

Why I Attempted To Rape A Prophetess – Security Guard