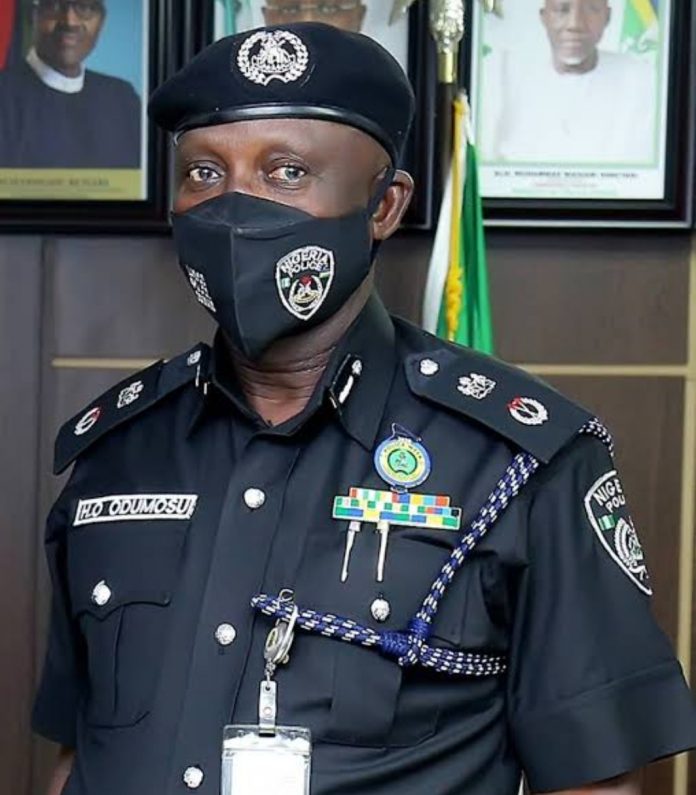 About to be retired Lagos state Police Commissioner, Hakeem Odumosu, may have engaged in an act capable of making mess of the good record he made for himself as the police boss, at the center of excellence, Lagos.

In the late hours of the New Year day, Odumosu was alleged to have thrown caution into the wind by allegedly coming heavily on the security guards at Brooks Estate, Magodo and by extension imposed hardship on the residents of the estate.

The supper Corp, who was said to have been at Brooks estate, was alleged to have lost his cool on account of allegation that the security guards at the estate gate, kept him waiting unnecessarily.

He was said to have been so angry that he allegedly ordered the arrest of the security men who were on duty. Not done, he was equally alleged to have ordered that the estate gate be shut. He was also alleged to have deployed a detachment of police personel to supervise his order.

Shutting down of the gate thereby made it impossible for residents of the estate to either go into the houses or come of the estate. Information also has it that all effort to persuade the Commissioner of Police to ‘temper justice with mercy’ and allow residents who had at that time stranded at the gate, to have access to their various homes, proved abortive.

However, as at the time of filling in report, it could not be ascertained if the police boss had yielded to persuasion. Effort to speak to the state police PRO didn’t pull through as his phone lines rang out severally.

‎Onnoghen: Journalists Who Misbehave Will Be Imprison For 28 Years –...

Why I Recommended Nine Police Officers For Dismissal – IG

Nigeria Has Never Been This Good, Things Are Really Taking Shape...