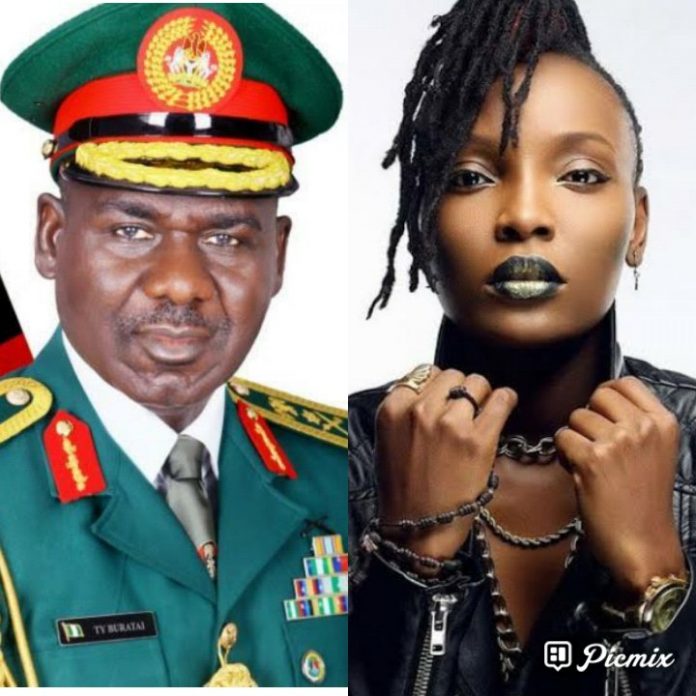 Taiwo said this on Saturday in his testimony before the Lagos State Judicial Panel of Inquiry probing the alleged shooting of #EndSARS protesters at the Lekki tollgate on October 20, 2020.“Quite recently, a Nigerian, Catherine Udeh, also known as DJ Switch, claimed the Nigerian Army was looking for her. There is nothing further than the truth.

“My Lord, we have bigger fish to fry; and that is how to stabilise Lagos. We can’t be bothered chasing one or two people. Where she got that from, I do not know.”Punch had earlier reported that DJ Switch claimed she helped to remove bullets from peaceful protesters who were shot at Lekki tollgate, according to her Instagram Live feed.

There have also been reports that the disc jockey sought asylum outside the country after she claimed that her life was being threatened following the Lekki incident.

Russia Is a Virgin Land for New Businesses and a Non-Racial...

2019: Produce Evidence Of Corruption Against Buhari Or Keep Quiet –...