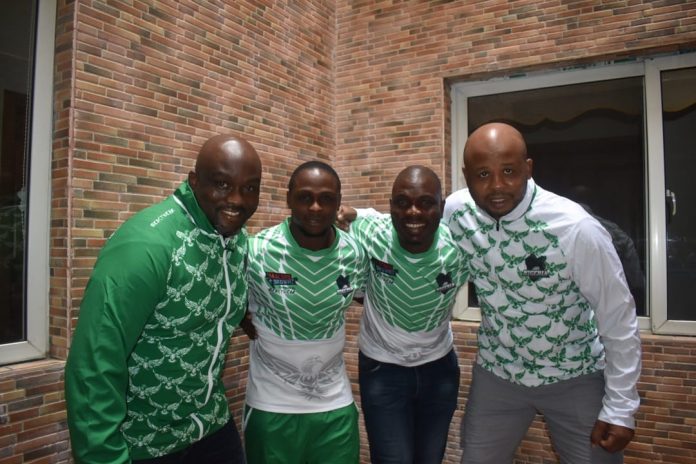 The Nigerian Rugby League Association on Thursday announced its partnership with DSTV/Multichoice as a media partner for the MEA Rugby League tournament taking place in Lagos from the 2nd to 5th October, 2019.

Speaking in Lagos, Martin Mabutho the Chief Customer Officer Of Multichoice Nigeria said,“this new and exciting partnership with the NRLA to bring the sport of Rugby League to Nigeria is precisely what DSTV/Multichoice has been doing for years on the African continent. We are excited for the Championships in October and happy to be part of a successful Professional Rugby League startup in Nigeria”_

NRLA Commercial Director, Mr Chiekezi Dozie expressed that, “It’s an honor and a privilege to be linked with a pan african brand like Supersports in our first year of hosting these MEA Championships. We are hopeful that a brand association of this caliber can only spur us on to bigger and brighter accomplishments”

The Middle East-Africa Rugby League Championship competition is to officially begin next month. The competition, the second MEA Championship will be held at the Teslim Balogun Stadium in Lagos, Nigeria. The tournament which will see Nigeria face Ghana on the first day, is an opportunity for investors to invest in Africa’s most populous nation.

Mr Ade Adebisi in a chat with the press maintained that there are opportunities for investors to come into the sport of Rugby League in Nigeria as plans are in top gear to expand from being concentrated in Lagos, Kano and Jos only, as very soon the League will be played across other parts of Nigeria, the southwest, the eastern and the northern part of the country.

Adebisi reaffirmed that Nigeria Rugby League are working to have clubs around the major cities across Nigeria. “Parts of our mission is to train the rugby league trainers and players as we have been doing in Lagos with major clubs in Lagos, Most of our foreign based Nigerian players are going to join the local ones in the 60 men squad named for Nigeria” said Ade Adebisi.

Supersports is one of the major broadcasters for the MEA Championship slated for October 2nd to 5th and will be beaming the championship live from Teslim Balogun Stadium, Lagos in Nigeria.

Football Striker, Lionel Messi To Remain At Barcelona Until 2024

Why Juventus Star, Cristiano Ronaldo May Not Play Football For Two Years

Several PDP Lawmakers To Defect To APC As Imo House Of...

Defense Headquarters Reveal What Must Be Done To Render Boko Haram...

OFFICIAL: Messi Out Of Clasico Against Real Madrid With Fractured Right...