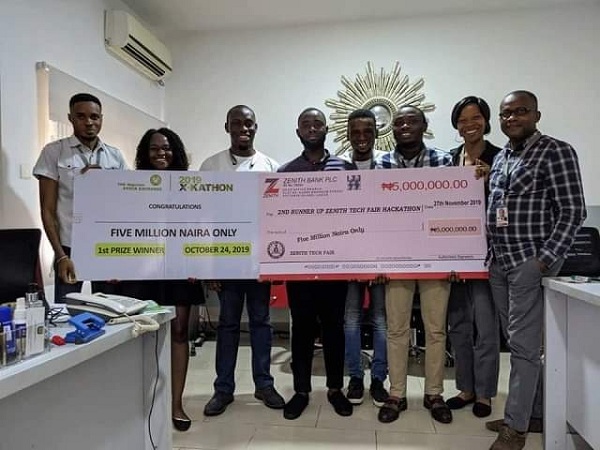 Nigerian tech startup, reQuid Technologies has won its second award after it emerged the second runner up at the recently concluded Zenith Tech Fair Hackathon at the maiden edition of the Nigerian Stock Exchange’s X-kathon.

The award is the second in one month for reQuid Technologies barely one month after it started operations in the Nigerian technology industry.

Its partnerships with top agritech companies like Thrive Agric, Globetrot Farmsponsor Nigeria Limited and Agropartnerships, a subsidiary of Farm Forte, allows its investors to participate in, manage and monitor all their investments in one place.

Its partnership with a SEC-regulated Trustee, United Capital Trustees Limited, also provides investors with the comfort of fund safety.

Barely a month after launching in beta, the startup participated in the 2019 NSE X-kathon which was organized to identify and accelerate innovative Fintech solutions that were driving up millennials’ participation in the capital market.

Team reQuid emerged the overall winner of the competition and went home with the grand prize of Five Million Naira (N5,000,000) while Team Trove and Investors Masterclass were first and second runners-up, winning the sum of Three Million (N3,000,000) and Two Million (N2,000,000) Naira respectively.

Less than a month after, reQuid participated in the Zenith Tech Fair Hackathon that took place at Landmark Event Center, Victoria Island, Lagos.

The team emerged 2nd runner-up at the event that was targeted at identifying and supporting viable businesses that are impacting major key areas which include Future of Banking, Future of Retail, Future of Customer Relationship and Future of Security.

At the Zenith Tech Fair, reQuid Technologies was among the chain of exhibitors including Google, Oracle, IBM, Microsoft, Visa, HP, Apple, Mercedes, Huawei.  No fewer than 2000 participants, 50 exhibitors, and 400 developers attended the Conference and Hackathon.

Having launched its beta version to a handful of users about two months ago, reQuid technologies is officially launching to the public with effect from today, Friday 13th December 2019.

In an official interview with CNBC Africa, the co-founder and chief executive officer of the company, Felix Imafidon, describes the goal of reQuid as one helping self-directed investors create meaningful wealth by providing them with access to safe investments.

I Will Deal With Tinubu In Osun – Femi Fani-Kayode

LLM Demands Lagos House State Of Assembly, To Resume And Expedite Passage Of 2019...