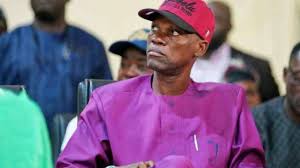 Highly placed individuals have pooh-pooed the allegation that the Chief of Staff to the Lagos State governor, Babajide Sanwo-Olu, Tayo Ayinde, was involved in a N500 million land grabbing scandal.

It will be recalled that some people went to the media recently, alleging that Chief Ayinde was involved in gross impersonation and assault over a landed property belonging to Chief Adetunji Omisore and one Tajudeen Mohammed, at No. 4, Ladoke Akintola Street, GRA Ikeja.

The rumour peddlers had claimed “that Ayinde, in a bid to forcibly obtain the land, worth N500million, destroyed properties worth millions of naira, by using the police and other security forces to assault the landowners.”

The rumour mongers had also alleged that the Lagos State Building Control Agency (LSBCA) served the owner and developer of the said property a seven-day demolition notice on Friday, July 15, 2022, but that without waiting for the 7 day notice to lapse, on Tuesday, July 19, the agency moved caterpillar and Black Maria to the site to begin demolition of the over N500million investment as early as 6am in the morning, barricading the property while the workers were assaulted.”

However, according to investigation, the complainant only has a letter of accommodation given to him by Federal Government to be a tenant in the said property .

Again, the said owner has been accused by the government of “illegally going into joint venture with a developer to build on the land for which he was paid the sum of N25million.

Interestingly, when government officials approached the site, he offered money to the officials. The money offered, was rejected because there was already a demolition order on the illegal structure that has no plan nor building approval.

READ ALSO:  Obasanjo Has Diminished His Status As A Statesman - ACF

Not deterred by that, the complainant however found favour with another Agency of government which illegally assured him that he can continue building despite being served demolition notice.

This medium was informed that the purpose of the demolition is for road expansion contrary to the allegation that the Chief of Staff was in the know of the matter.

According to our source, “it was just coincidental that the Chief of Staff lives on the same road as the land in question. That is the man’s only involvement on an issue he knows nothing about. What I am telling you can be verified through records. You can find out if the Chief of Staff has anything to do with this issue,” our source said.

EdoDecides2020: Police, Soldiers, Others Take Over The Streets of Benin

Give Buhari Two Months From Now, Security Will Be Guarantee In...

Don’t Be Lazy, Confront Any Bandits Coming to Take Your Life...

Dogara is a Pandemic in Politics, Too Small For me to...