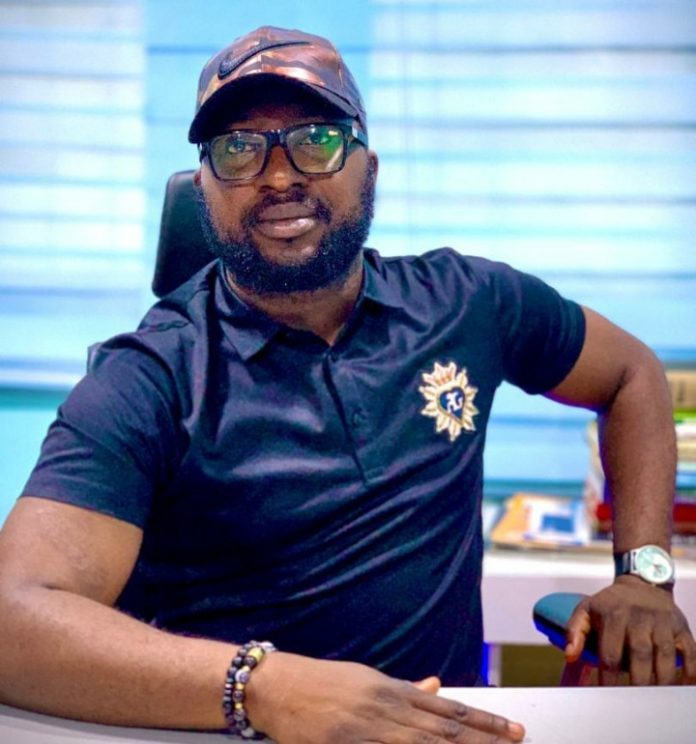 He is on the shy side of society but you cannot take away his dexterity when it comes to achieving his propose and aims of what he has set up to become in life.

Adeleye Fabusoro is the Chief Executive Officer (CEO) of Rare Edge. Fabusoro a master degree holder in Business Administration from University of Ibadan believes that not everything that is glitters is gold hence he did not believe in flashy things though he subscribed to the popular saying that,“All work and no play makes Jack a dull boy but at the same time he is a man who believed hardworking should not be substituted for laziness

“I believe in hardworking. Many people always look at the rich people as if they did not have any problems they are contending with, but I must tell you it is not always like that. So one of the reason why I produced Borokini was to let people known that the riches also cry”For Adeleye Fabusoro, the executive producer of one of the best award winning soap opera out of Nigeria

“BOROKINI” has stated unequivocally that the second series of “BÒRÒKÌNÍ” the season 2 series of the 120 episode Telenovela will be a well packed thriller.

“The high point of Borokini Telenovela in the Nigerian film industry cannot be understated, a Yoruba Language series of immense magnitude, we believe Borokini is a source of inspiration for new Yoruba films & filmmakers.

A special note of appreciation to the audience of Borokini, to those who say Borokini 1 was excellent; when the series 2 is released they are bound to be marveled, as BÒRÒKÌNÍ 2 is a thriller with a lot of special effects in it.

We have also introduced a lot of young fresh actors, as Borokini season 2 deals with a lot of socially issues; the trailer was released on Monday 30th November, 2020. The series will premier January 2021. Borokini’s story exposes the seemly dirt of the elite class and let people know that the rich also cry, that not all that glitters is gold, So if you think you have fault, they also have fault too, if you think you are not perfect, they are also not perfect too.

Concisely what Rare Edge Media has done, is to examine the life of the seemingly untouchable, to show the chinks in their impenetrable armor. So Borokini is inspired by the society we live in and how it affects the people, how the story can encourage and influence people in the society. And for a series that took over a year to produce, from production to broadcast, there is no gainsaying that it’s worth the wait.

Certificate Scandal: Why I Chose To Resign – Kemi Adeosun

Buhari Mourn Nigerians Who Died in 2020 in New Year Message, Says He Remains...

KIMFA Film Productions Set For Release Of “OGOSO” (The King of...