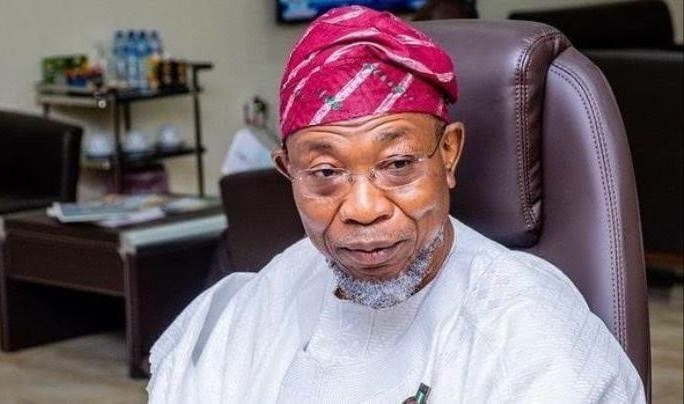 The Peoples Democratic Party on Tuesday, warned ex-governor Rauf Aregbesola to stay away from the state to prevent a breakdown of law and order.

A statement by the Deputy National Publicity Secretary of the party, Diran Odeyemi, made available to newsmen, in Osogbo, also appealed to security agencies to be on the alert to forestall a breakdown of law and order.

Odeyemi said Aregbesola’s visit had exposed Oyetola and Aregbesola’s strained relationship. He cautioned that rather than come to Osun for any celebration, the ex-governor should endeavour to let the residents enjoy their peace.

The PDP stalwart also claimed there was no concrete achievement recorded in the state during Aregbesola’s reign, insisting that the proposed visit was a ploy to cause mayhem.

The statement read in part, “It is more than mere coincidence that Rauf Aregbesola decided to mark 10 years of his administration on the very day his successor Oyetola wanted to celebrate his 2nd year administration. It is obviously meant to test power and popularity with the use of thugs and hooligans.

“What is he coming here to celebrate? Where is MKO International Cargo Airport where over N3 billion was spent by Aregbesola? What is good in his administration that Aregbesola left over N200 billion debt according to the National Bureau of Statistics as at November 2018 when he left government?

“Under Aregbesola for eight years, civil servants were not promoted, local governments were fraudulently forced to operate parliamentary system just as we want to ask about ‘O Reap,’ ‘O -Hub,’ ‘O-Fish,’ ‘O pig’ all of which are failed promises used to syphon Osun’s allocation.

“Aregbesola also bastardised the educational sector by introducing single uniform, renaming of schools, mergers of institutions including reclassification against universal educational systems. For three years consecutively, Aregbesola spent over N4bn by sending Osun people to Cuba, the advantage of which we still don’t know in Osun state.”

Tribunal To Issue Notice To Hear Atiku’s Petition This Week

PDP Reacts As Buhari Says Corruption Is A Threat To February...

I Have No Regret Taking Sanusi’s Crown Away From Him –...