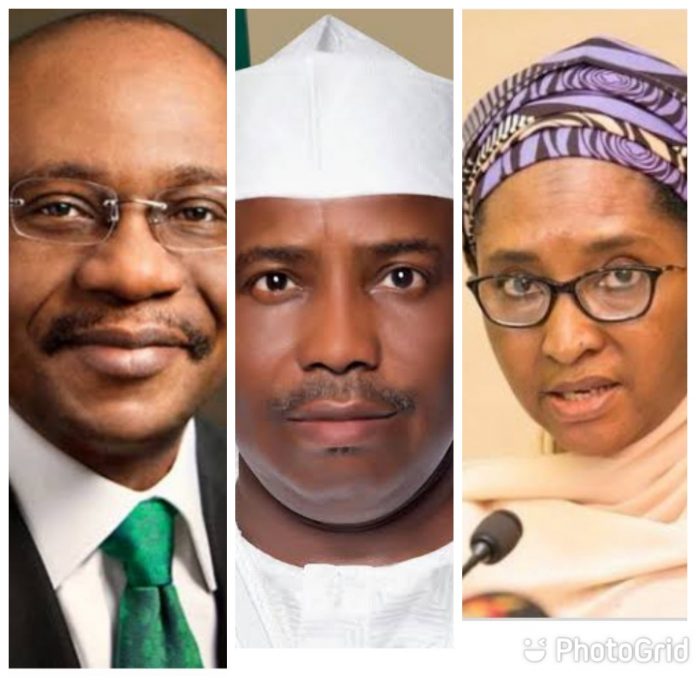 The Governor of Sokoto State, Aminu Tambuwal, on Tuesday pleaded with the Central Bank of Nigeria and the finance minister not to carry out the threat of recovering the $2.1bn loans given to state governments as budget support facility.

Tambuwal made the plea in Abuja during a panel session at the high level dialogue on financing safe schools and creating safe learning communities organised by the Federal Ministry of Finance, Budget and National Planning.

The Federal Government had approved $2.1bn as intervention package in 2015 to help bankrupt states pay salaries and offset contractors’ obligations.

The Sokoto governor also tried to resolve the differences between the CBN and the Edo State Governor, Godwin Obaseki, who alleged that N60bn was printed to augment the March 2021 Federation Account Allocation Committee funds for states.

Both the CBN and the finance minister had repeatedly faulted the claims of Obaseki, a development that made the apex bank to threaten that it would start recouping the $2.1bn loans soon.

But during his comments on Monday, Tambuwal pleaded with the finance minister and the CBN governor not to move to recover the debts.

“Recovering the debts now from the states will make it impossible for the state governments to fund education in general and the safe schools project in particular,” he stated.

This came as the spokesperson for the CBN, Osita Nwanisobi, told our correspondent again on Tuesday that the bank had yet to receive an official plea from the states on why the debts should not be recovered.

He, however, stated that if the CBN got such plea, the apex bank would act on it appropriately.

What you need to know about pregnant women and Supernatural healing...

Anambra Hospital Under Snakes Attack Months After Mortuary Got Burnt

#EndSARS: The time Is Ripe For Nigeria To Be Re-negotiated –...