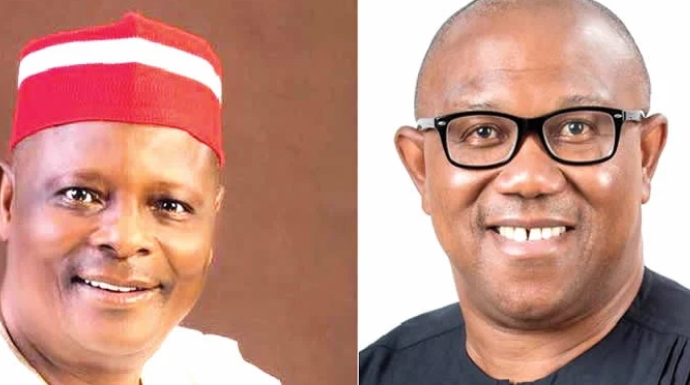 As the race towards deciding on the next President of Nigeria is about to begin, political parties and presidential candidates have also begun search for their running mates. Zebra News reports that two leading aspirants in the 2023 general elections are currently having different challenges picking their VPs.

A public analyst and journalist, Leke Baiyewu takes a brief look into the chances of the candidate of the ruling party, Bola Ahmed Tinubu and Atiku Abubakar, who is also contesting on the platform of the opposition party, the People’s Democratic Party PDP.

Fears are also based on the fact that Kano is strategic to the electoral victory of the APC, especially that of its presidential candidate, Asiwaju Bola Tinubu. The North-West is said to have the highest voting population in the country (followed by the South-West), with Kano, which Ganduje often describes as a swing state, having the biggest voting bloc in the geopolitical zone. In the South-West, it is Lagos where Tinubu was its two-term governor.

“The block votes in Kano were said to have been so attractive that the annual Tinubu Colloquium, a lecture series marking his birthday, which is usually held in Lagos and Abuja, with political heavyweights and allies in attendance, was moved to the state in 2021”

“However, Kwankwaso and his NNPP are said to be staging a political tsunami against the APC in Kano, with mass defections recorded in the state already, including close aides to Ganduje and prominent members of the Tinubu Campaign”.

“Obi of the Labour Party was a member of the PDP until a few days before the presidential primary that produced former Vice-President Atiku Abubakar as its standard-bearer. Some presidential aspirants like Obi in the PDP had left the race, with one of them describing the scramble for delegates’ votes as “obscenely monetised.”

READ ALSO:  Buhari Is The Reason Behind COVID-19 Outbreak - PDP

“Perhaps, Obi saw the handwriting on the wall. He defected from the PDP to the LP. Being from the South-East where there are agitations over an alleged marginalisation of the zone – a zone that has never produced a president for the country, sentiments from the area have been in Obi’s favour”.

Okorocha Attacks Ex-Governor, As Another Judge Quits From His Certificate Of...

God Has Taken His Prophet – Church Confirms Death Of TB...

2023: If Rotimi Amaechi Will be Nigeria’s President – Keni Akintoye...

The Keke and Okada Ban in Lagos: Matters Arising By Tony...