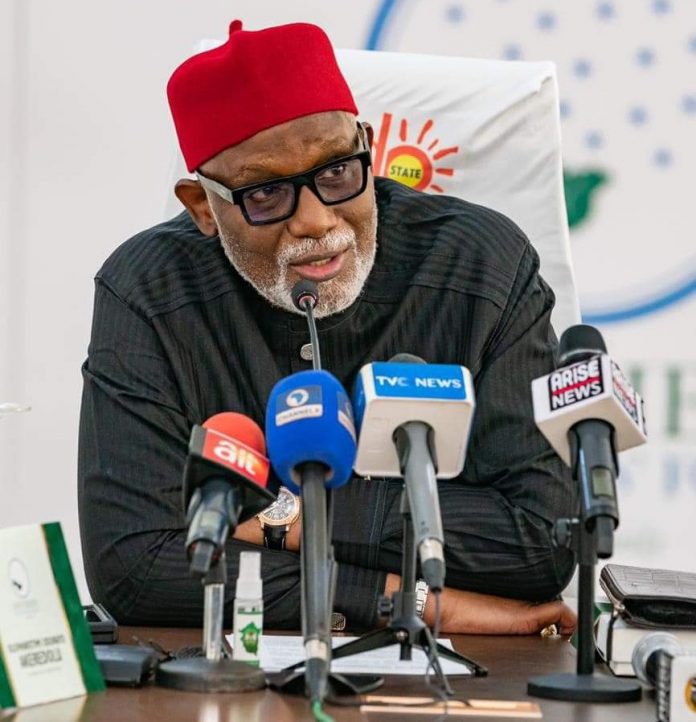 The Governor of Ondo State, Mr Rotimi Akeredolu, has said any political party that fields a northern candidate for presidency in 2023 risks losing the support of southerners.

Akeredolu made this known on Friday in an interview on Channels Television monitored by TheCable.

While speaking on the resolutions of the Southern Governors’ Forum on the 2023 elections and the fact that the presidency must be zoned to the South, Akeredolu, who is the chairman of the forum, said this was for the sake of justice and fairness.

He argued that when the President, Major General Muhammadu Buhari (retd.), a northerner, completes his second term in 2023, the next president should come from the South.

Akeredolu said, “There are about three political parties that are in the Southern Governors’ Forum, we have the All Progressives Grand Alliance, Peoples Democratic Party and the All Progressives Congress. All of us are unanimous in our position that the next president of this country must come from the South.

“For us, we are unanimous. It (the forum) is not a political platform. I believe that any party that picks somebody from the North would have to face the whole southern region because they will not support it.

INEC To Presents Certificates Of Return To House Of Rep Members,...

I’m Shocked Buhari Deny Me A Second Chance To Serve As...

My Company With Ganduje Will Not Stop My Fight Against Corruption...