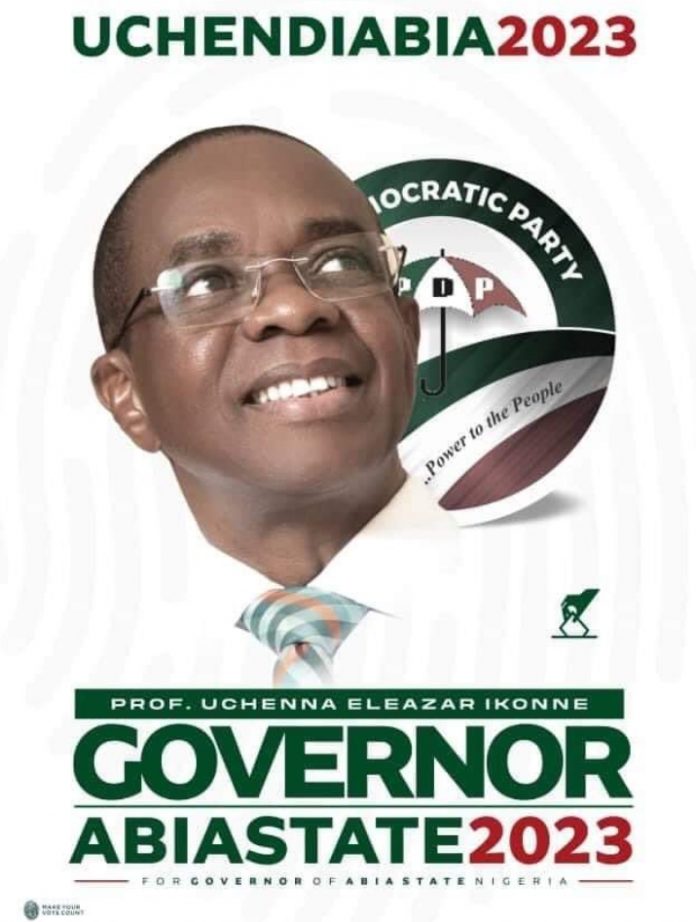 Recently, my Greatest Challenge in life has been transitioning from an Earsplitting , Plain-Spoken and Stentorian Broadcast Journalist to a Political Balladeer who is expected to Keep Shtum over many Sociopolitical trending issues and or at most play the Daft Baddie.

I sincerely think that Nature at this moment won’t allow me do any of the later hence this piece. While reading this I urge you to do so with what the legendary Fela Anikulapo Kuti described as an “Open Mind” bearing in mind that Tabitha is not some “Party Jollof Rice” and can neither satiate nor assuage all interests.

The Political Party System has invested on the Governor of the State with the Leadership power and Status of the Political party in a state and this has not been incontrovertible and when controversies have risen, the Governor will always carry the day except in very few occasions just like in life , there must be exceptions as nothing is cast on a stone!

Apart from the Notorious Okon Abang Court Ruling of June 27th 2016, I can authoritatively say that nothing has unsettled Abia PDP Political Gladiators like finding a successor to Governor Okezie Ikpeazu. What had earlier appeared to be a simple political barreling would later turn to a Rat Race which later became a Marathon.

A Dearth of Leadership some simply implied! Many queried why the Governor who is the leader of the party had not come out clear and precise on who his choice is or Was. Why did he feet drag for that long? The Governor had reportedly and ironically used the word “adi m igba torch” and he kept on pleading for more time Turning Gladiators to mere Spectators.

After Months of “TorchLighting” and alleged Political promises to Many interested bodies, His Excellency , Okezie Ikpeazu”s Famed Torchlight reportedly caught the gazing and Gaping eyeballs of an Eye Doctor who is in his Late 60s with other unconfirmed reports saying he is a bit above 70 years.

As expected, to the Disappointment of many who claimed that the Doctor of Biochemistry had promised to hand over to a Younger Person. Apart from his age, there were strong Contentions about his Political Zone as the People of Abia North had been clamoring for the Number one Seat on the basis of Zoning in a self Styled Call for Equity!

The Man whose eyes have caught the Governor’s Torchlight hails from the Isialangwa South of Abia Central, a People referred to as the Umunneato. The Umunneato just like the People of Abia North are angling for the same Position on the basis of Equity.

Equity in Abia Political parlance can rightly be described as the Igbo Cosmological Ofo, Just like in the words of late Music Maestro, Morocco Maduka, “Abia North ji ofo, Umunneato ji ofo, mana ofo ma Onye ji ya”. Many have sought for my views as regards the Candidacy of Prof Uchenna Eleazar Ikonne, the Teacher and Academic whom the Governor had reportedly anointed!

And my answer was simple “Anyi enwekwanu Choice?

This is premised in fact that the Governor remains the Leader of the Party in the State with the support of other stakeholders whose views he deems appropriate to accommodate! Just like many others, I took my time to conduct investigations on the person of Prof Ikonne as i do not want to be driven only by Social Media engagements by those who are For and the Againsts alike!

Apart from his not so clear stint at Abia Polytechnic, I found out that the Professor who rose to become the vice Chancellor of the State Owned Varsity had put on a sterling performance in the University Most especially paying staff as at when due. I had before now asked the Governor to by all means possible leave us in a better hand. So I dug further into the past and present of the “anointed Candidate”.

I am most indeed impressed with his Academic qualifications because an Educated Halfwit is better than an Unlettered Zany! The role of Quality education in leadership can never be over emphasized!!

Everyone knows I am for Healthy marriages and Healthy homes so I peeped through his family life and I find him very responsible and organized. Someone asked me if I am not bothered about his age, I wondered why the person asked too.

He says a Younger person would have sufficed, I also nodded in agreement, then I asked him if Governor Yahaya Bello is young, he answered in affirmative, I asked if he is a good governor, he is yet to respond anyway. I am looking forward to the Professor’s Manifesto and most importantly what he will do for Abia Women and how he hopes to carry us along!

I would also suggest the Governor shines his torchlight on Good and Resourceful Women in Abia State who could deputize this his preferred Candidate as Abia Women have paid their dues! For me the Professor Ikonne candidacy appears to be a slight shift from the statuesque but this view remains personal!

The Question remains , Are Other Abians ready to See Through the Eyes of this Eye Doctor ?

REVEALED: How and When Oyetola Abandoned APC Programmes To Please Omisore

Infrastructural Deficiency: Onus Obinyan Weighs In On The Role Of The...