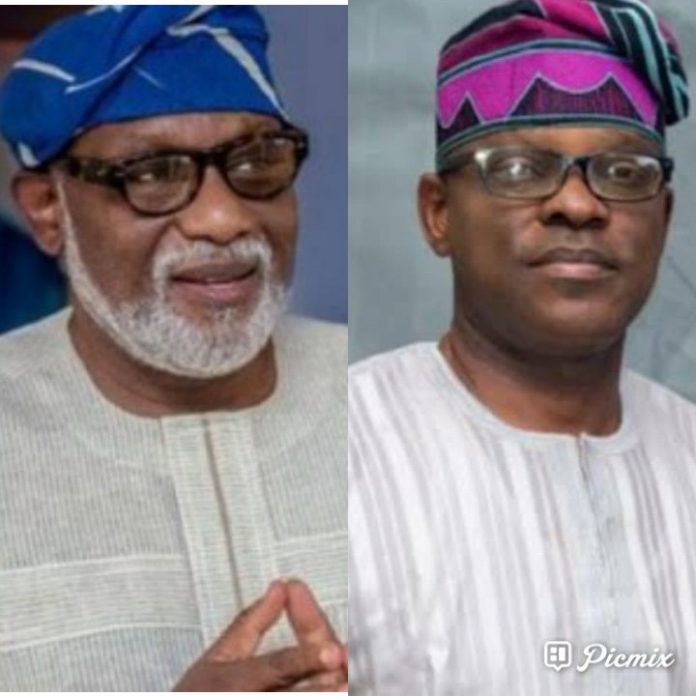 Ondo state governor, Arakurin Rotimi Akeredolu has fires back at the Governorship candidate of the People’s Democratic Party, (PDP) in the 2020 Election in the state.

In a statement signed by the Spokesperson for the Akeredolu/Aiyedatiwa Campaign Organization, Olabode Richard Olatunde, it describes Jegede’s claim as cheap publicity stunt, Aketi urges him to rather focus on his Election petition at the Tribunal.

“The latest whining of the defeated Eyitayo Jegede SAN, on an alleged threat to life did not come to us as a surprise.

This is because Jegede has been known with his series of attention seeking tactics even during the electioneering campaign ahead of the October 10th Guber election.

The news of the allegation of threat to life credited to the candidate of the Peoples Democratic Party (PDP) in the last election is, therefore, another lame attempt to stir unpopular discussion around an exercise that has been concluded by the good people of Ondo State.

It is clear that while the resounding victory of Governor Oluwarotimi Akeredolu SAN against Jegede’s expectation is no longer news, the PDP candidate perhaps still lives in an unfortunate illusion.

Without prejudice to the tribunal, we make bold to say that the alarm raised by Jegede over what he termed “threat to life” is an evasive strategy to further hoodwink his unsuspecting followers into believing in his legal voyage which has held them spellbound.

If anything, Jegede should look within his party, the PDP and beam searchlight into its leadership crisis, particularly the internal wrangling which has led to the brickbats as seen in the media lately.

Instead of seeking undue attention with unfounded claims and infantile alarms, Jegede should face his petition at the tribunal and allow the cause of law to determine its merit even as this alarm seems preemptive and defeatist in reasoning.

While recalling the different show of violence by the PDP in the build-up to the last election, we want to say emphatically, that, as candidate of a political party who marketed violence, Jegede can not be threatened by anyone. Nevertheless, we urged the security agencies to provide adequate protection for him.

The APC is a peaceful political party that respects the wishes of the people. At least, we are sure that not anyone from the APC would threaten Jegede’s life, especially with the shallow document called election petition he has deposited at the Tribunal.

If We Have Weapons, Nigerian Army Can’t Face Us – Shi’ites

Desmond Elliot Under Fire For Commissioning Public Toilet In His Constituency