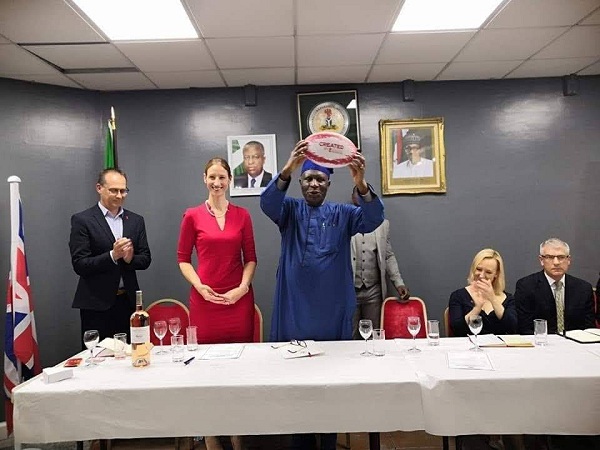 Preparations are well under way in all the four competing nations who will be part of the second Middle East Africa Championship, to be held in Lagos, Nigeria from 2-5 October; the hosts, fellow debutants Ghana and the Cameroon, and Morocco, who return to the international arena.

Nigeria’s domestic competition is set to kick off in a fortnight as a pre-cursor to the tournament and NRL vice-president and general manager Ade Adebisi noted: “We have held a number of successful national training sessions in the capital and in the North of the country and look forward to being joined by stars from overseas, like Tuoyo Egodo and Sadiq Adebiyi nearer to the kick off.

Last weekend we partnered up with Ghana to put a team into the London 9s for the first time and it was very clear that we have the talent. On top of this, we have an experienced coach in Joe Mbu who will be able to blend it all together. We still have a lot of work to do, but the building blocks are all there.”

Farouk Prempeh, president of Ghana Rugby League, added: “The MEA Championships will help put Ghana on the rugby league map. Domestically we’ve just held a successful men’s club season involving four clubs and the majority of the national team will come from there. Following the profile we’ll gain from this great event we know participation will increase next year.

We are very pleased with our preparations and the MEA Championship has provided a very positive atmosphere for the sport in Ghana.”

READ ALSO:  Nigerians To Be Affected As Trump Descends On Those Taking US Visa For Granted

Carol Manga, Cameroon Rugby League’s general manager, noted: “ All the nations in the MEA Championship are going to gain in experience as, for many, this is our first time in a big tournament. Our love, passion, sacrifices and commitments will be justified and we are hugely excited.

Our head Coach Khalil Njoya is working closely with all the players and the board members are tirelessly undertaking to get more sponsors and government support. Five men’s teams in Cameroon are currently in the middle of their club season and there is huge excitement at squad training.”

Yamina Abdesselem, president of Morocco Rugby League, claimed: “We are humbled as a Federation to participate, we find a lot of joy and pleasure from this adventure. Our men’s national team will come mainly from the six-team domestic championship. The tournament will give another dimension to the XIII Moroccan and contribute to the development of the sport in North Africa.”

In addition to the matches, there will be coaching and match official programmes surrounding the Championship, and the 2021 Rugby League World Cup team will also be bringing the trophy and delivering additional education, development and profile to support the sport’s growth in the region.

What My Music Will Do To Africa – Nigerian Rapper, Nappy