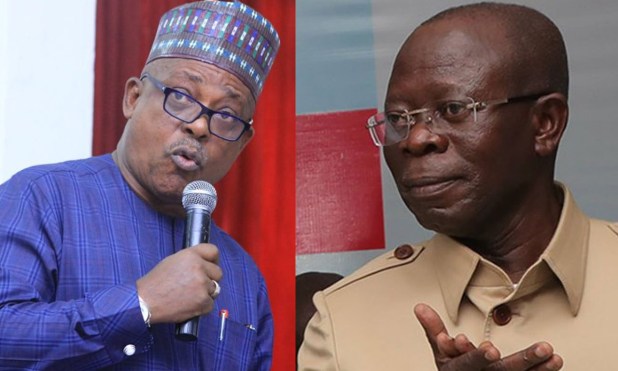 The Peoples Democratic Party and the All Progressives Congress on Tuesday locked horns on national issues, including renewed insurgency and insecurity in the country.

The PDP, in a statement by its National Publicity Secretary, Mr Kola Ologbondiyan, said the ruling party, the APC, was responsible for what it called renewed insurgent attacks, bloodletting and worsened insecurity in some parts of the country. It also accused the APC regime of looting.

But its counterpart for the APC, Lanre Issa-Onilu, accused the PDP of falsehood. He said the opposition party was not constant in its lies.

The PDP and the APC disagreed over national issues , just as no fewer than 30 people were killed and 35 injured in an explosion on a bridge at Gamboru, Borno State, on Monday.

Residents of the town, in an interview with The PUNCH on Tuesday, said an improvised explosive device was detonated on the bridge at 3pm on Monday in the market town of Gamboru, close to Cameroon.

One of the eyewitnesses, said, “All I can say is that I heard a loud bang and when I rushed to the scene, I saw lifeless bodies, about 30 in all.”

However, a source at one of the United Nations agencies in Maiduguri, who spoke on condition of anonymity, told one of our correspondents that only nine persons were killed and 17 others injured in the explosion.

The source, in a text message sent to the correspondent, stated, “The explosion killed nine persons. The blast was heard around 3:30pm yesterday (Monday) on the Gamboru bridge.After the explosion, Nigerian military closed the bridge.”

But a member of the civilian joint task force, a youth group fighting insurgency alongside the military in the North-East, said improvised explosive device detonated on the bridge killed scores of people.

In its statement on Tuesday, the PDP said the APC allegedly had been feeding fat and servicing its interests from the pains and anguish of Nigerians.

The party urged Nigerians to be wary of the alleged APC’s renewed attacks and baseless allegations against the PDP and its leaders, including former Vice President, Atiku Abubakar.

It said the alleged APC’s attacks were all in the bid to divert public attention from its perceived atrocities against Nigeria, including compromising its security architecture for selfish purposes.

The PDP challenged the APC to respond to allegations that its regime terminated the nation’s counter-insurgency operations to satisfy foreign interests, leading to escalated violent attacks and bloodletting in various parts of the country, particularly in the North.

The opposition party stated that the APC should explain the assertion by an international security expert, Eeben Barlow, who said on an international television, Aljazeera, that Nigeria was successfully routing out insurgents in the North-East before the APC and its regime terminated the counter-insurgency operation to satisfy an alleged American interest that assisted it to win the 2015 elections.

Meanwhile, the ruling party, APC have accused the PDP of peddling falsehood and fabricating figures to justify its claims of alleged looting of the treasury. Its National Publicity Secretary, Lanre Issa-Onilu, in an interview with one of our correspondents, said the opposition had kept changing its figures on the alleged fraud committed in the Federal Inland Revenue Service and the Nigerian National Petroleum Corporation.

READ ALSO:  I Will Ensure Food Security If Re-elected - Buhari

He said,“We have challenged them to ascertain their facts before coming to the public. The PDP should be constant in its lies by getting a constant figure. They should stop peddling different figures as it may soothe them by telling Nigerians their final figure on the alleged looting.

Secondly, we have challenged them to give evidence from anywhere – not just FIRS or NNPC – where any missing money is traced to the party. “They have kept changing the figures they want to use to lie. Although we know it is falsehood, they should at least keep to a figure. They can’t be reeling out figures they obtained while having nightmares.”

Why I Said I’m Disappointed In Nigerian Media – Buhari