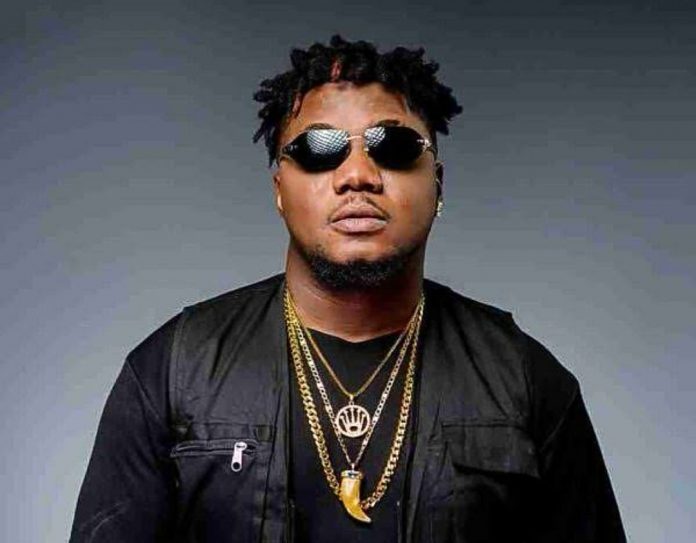 Popular rap artiste, CDQ, has been granted bail by the Nigerian Drug Law Enforcement Agency, though he remains under investigation.

On Wednesday night, men of the NDLEA arrested Sodiq Yusuf, popularly known as CDQ, in his Lekki residence.
He was said to have been picked up by the anti-drug enforcement agency for allegedly violating the drug law following an intelligence report which the agency caught wind of.

However, in an exclusive chat with Punch NDLEA’s Director, Media, and Advocacy, Femi Babafemi, confirmed his arrest, saying the case was still being investigated as some substance known as ‘loud’ ― a cannabis variant ― was found in the rapper’s house.

Babafemi said, “Yes, CDQ was arrested in his house at Lekki for being in possession of cannabis. He was arrested based on intelligence. As of last night, he was granted administrative bail, but he is expected back into custody today because it is an ongoing investigation.

“Some substances were found and he mentioned some names of some other big artistes. So, it is an ongoing investigation.”

Babafemi further noted that CDQ cooperated as he mentioned names of other big artistes who used the substance. The spokesman told The PUNCH that the outcome of the investigation would determine if the rapper would be charged to court or counselled by the agency.

When Punch reached out to the rapper via the telephone, his number was switched off. However, CDQ reacted via an Instagram post, hinting that someone was trying to set him up. He wrote, “No sleep for the wicked. Iyalaya yin o ni sun for dis Lagos… They tryna set me up today but Olohun wa.”

Two Friends Arrested For Drugging And Raping Girl In Lekki

International Women’s Day: GPBN Celebrates With Women All Over The World

COVID-19: Time For Nigerians to Think Globally and Act Locally –...

Bandits Will Continue To Attack Schools And Kidnap Students Until FG...