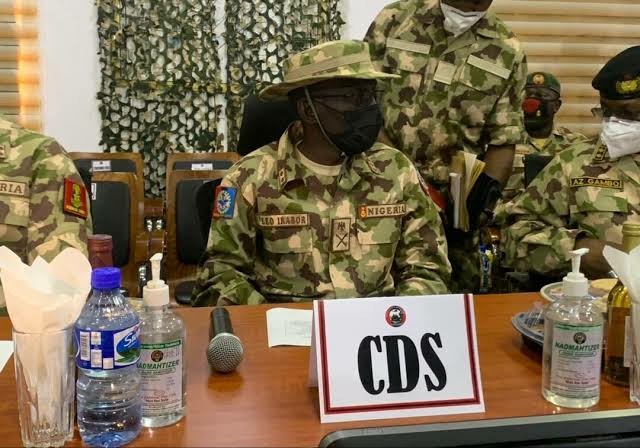 The service chiefs were appointed last Tuesday. They were received by Farouq Yahaya, the theatre commander, and Abdul Khalifa, the general officer commanding (GOC) 7 division of the Nigerian Army.

The service chiefs also met with other principal staff officers of the military command and control centre at the air task force. The visit, TheCable understands, is to get briefing on the recent operations in the theatre.

Irabor had served as theatre commander and recorded success in the fight against insurgency. Under his command, some towns were reclaimed and the operational base of the insurgents at Sambisa forest was taken down. The service chiefs are also expected to pay courtesy visits to Abubakar Umar Ibn-Garbai, Shehu of Borno, and Babagana Zulum, governor of the state.

Peat Philips Foundation Takes Nigeria to The Forefront in Dubai For...

12 Arrested Aides Of Sunday Igboho To Appear In Court On...