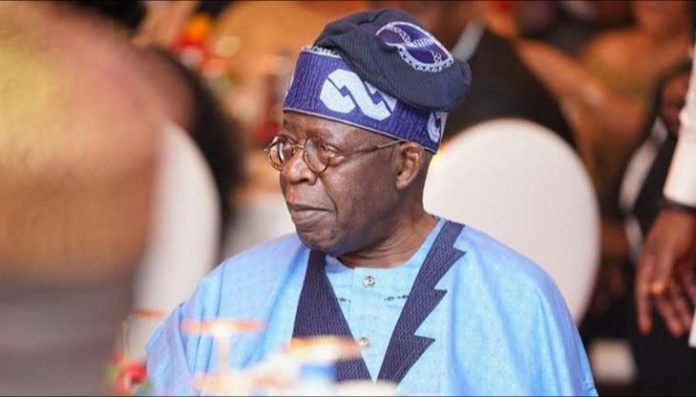 Supporters of the National Leader of the All Progressives Congress, Senator Bola Tinubu, on Tuesday in Ibadan, the Oyo State capital, inaugurated a presidential campaign movement tagged, ‘The South-West Agenda for him in readiness for the 2023 presidency.

Ahead of the inauguration, a campaign committee led by former Minister of Works, Senator Adedayo Adeyeye, from Ekiti State, had visited the Olubadan of Ibadan, Oba Saliu Adetunji, and the Alaafin of Oyo, Oba Lamidi Adeyemi, for prayers in their respective palaces, on Monday.

Whereas Tinubu has yet to make open clarification about his presidential ambition, opinions are rife that the former Lagos State governor has his eye on the presidency in 2023.

Present at the Mauve 21 Event Centre venue of the inauguration of SWAGA 2023 campaign were political allies and disciples of the National Leader of the APC.

Adeyeye said, “For the discerning mind, 2023 election is already on the front burner of national discourse. The discussion right now everywhere in the country is about what should and should not happen in 2023. That being the case, it is imperative that we should be part of these national discussions and activities.

Ikuforiji said, “In Asiwaju, you have a very great democrat. How much of a visionary leader he is; those who knew Lagos before 1999 would recall for instance that at Oshodi, where there are three lanes, refuse covered two lanes. Today, Lagos is a source of pride to all Nigeria.

‌”There is no country in the entire Nigeria that can compete with Lagos. If you take Lagos out of Nigeria, Lagos becomes the fifth largest economy in Nigeria. He brought in politicians as well as technocrats. That has resulted to the country we have today. This is not about Bola Tinubu, it is about how Nigeria could be well.”

While delegates from Lagos described Tinubu as the architect of the pivot of development upon which Lagos stood, those from Osun described him as the man who rescued the people of the state from the trenches which a former governor imprisoned them for three and half years.

Those from Ogun State said Tinubu’s administration gave the Gateway State a model of governance and development.

Apostle Courage Dismisses COVID-19 As The Greatest Delusion On Earth

The moment DSS operatives pointed pistol at those who demanded Sowore’s...