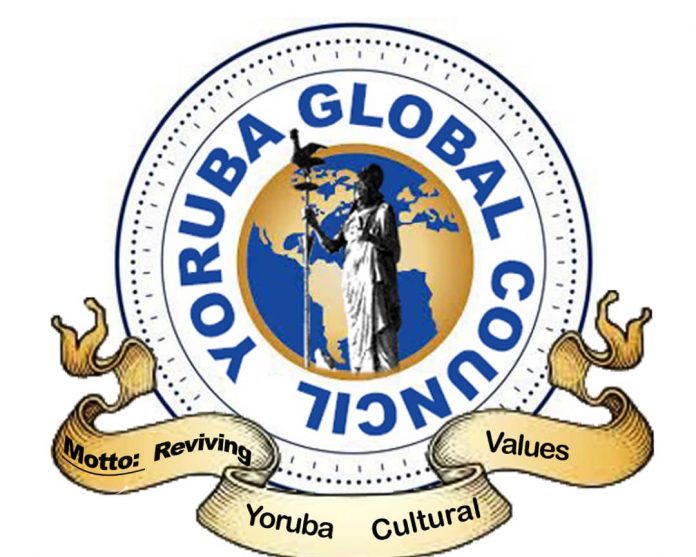 A new group, the Yoruba Global Council (YGC), has been formed to join the lingering agitation for equality and fairplay in the distribution of Nigeria’s wealth and the restoration of the cultural and economic values of the Yoruba race of the South West Nigeria.

The YGC was formed, kicking off with representatives in about fifty countries, cutting across continents and in Nigeria, with the aim to act as the bridge between the race and its redemption to self-consciousness and economic well-being through painstaking activities geared towards self-rediscovery and the enforcement of needed cohesion and sanitization.

In a statement issued by the group and signed by its Spokesman, Lere Amusan, a Professor and Chair of the Department of Political Studies and International Relations, North West University in South Africa, YGC stated that it is coming as a child of necessity to rejuvenate the Yoruba race to the track of laudable past of rich culture, robust economy and decency

“The Yoruba Global Council was conceived after a thorough review of our antecedents, our travails, our plight and what the future portend for us as Oduduwa descendants of the Yoruba race, in the present-day Nigeria. Ours is a child of necessity on a rescue mission at a time like this, when tradition, custom, culture, heritage and values are fast developing wings for a flight to possible oblivion.

“YGC is born to be nurtured for the task to restoring sanity to a race that is fast on the lane to depletion, owing to lack of due consciousness and the needed cohesion to bound us together as a people with common destiny.

“We put this group together, before God and man, to assert our rights as a people and race within Nigeria and seek the good of our people, through peaceful means, while rejecting the lingering sovereignty dispute and the operation of the imposed, unitary constitutional arrangements of Nigeria, in assertion of our inalienable right to fair treatment in an egalitarian country of our dream.

“We are opposed to the flawed foundations laid in the 1914 Amalgamation of the Protectorates of Southern Nigeria with the Protectorate of Northern Nigeria, which created a lopsided union, locking the diverse peoples of Nigeria into one political union with little attention to how we cohabit without offending our cultural values and traditions.

“On this note, the YGC will readily align with any group with genuine crave to righting the wrongs for the rebirth of a new Nigeria where there is equity, fairplay and ample respect for human dignity and self-worth.”

Prof Amusan noted that the primary responsibility of the YGC will be to promote unity, peace, development and togetherness among Yoruba descendants, both home and abroad and therefore called on the race to work together in same spirit to fast-track the achievement of the aims.

YGC calls on all Yoruba progressives, including those in politics, conventional non-governmental organisations and the pro-Yoruba self-determination groups, to come back unto same page to harmonise their agitations and form a common front to push rewardingly, for the interests of the Yoruba people.

The group took exception to the current trend where there is no unity of purpose among the parties, noting that a lot of tolerance would be needed to surmount the challenges ahead.

“A lot of tolerance will need to be deployed to our agitations as Yoruba people if we are indeed working towards the general welfare of our people. Our approach to that solo aim must be different, based on our different callings and orientation, but with due tolerance and dedication to purpose, we shall surely overcome faster,” the release stated.

BREAKING: After 20 Days Of Hiding, Sunday Igboho Finally Arrested In...