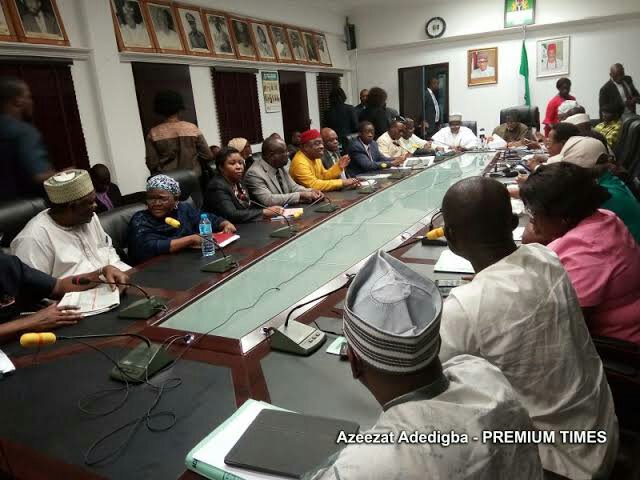 The Academic Staff Union of Universities has threatened to resume the industrial action it suspended since December 2020 over the Federal Government’s alleged failure to honour many of the agreements it signed with the Union.

He said the protracted strike, which was to press home their demands for the continuous survival of public university system in Nigeria, was suspended in December after the two parties signed a Memorandum of Understanding on the various issues providing timelines for the implementation of each of the eight items.

Inuwa, who said that over seven months after the MoU was signed, only two out of the eight issues have been addressed, listed some of the issues to include Earned Academic Allowance, Funding for revitalisation of public universities, Salary shortfall, Proliferation of state universities and Visitation Panel.

Others, he added, are Renegotiation, Replacement of the Integrated payroll and Personnel Information System (IPPIS) with the University Transparency and Accountability Solution (UTAS) and withheld salaries and non-remittance of Check-off Dues but “only salary shortfall and visitation panels to federal universities have been addressed.”

He said, “Renegotiation of the 2009 agreement which would have been completed within eight weeks from the date of inauguration of the committee has up till now not been concluded, even though the Committee was inaugurated since December 2020.

“The Federal Government of Nigeria willingly agreed that the UTAS will replace the IPPIS as a payment platform in Federal Universities after it passed an integrity test. However, soon after the agreement, agents of the FGN are doing everything possible to frustrate the coming of UTAS onboard.

READ ALSO:  How I Was Kidnapped Inside My Church And Sold to Fulani Kidnappers – Mrs Bridget Esene

“Meanwhile the Office of the Accountant General of the Federation through the IPPIS office have continued to omit our members from payment of salaries while others experience serious salary amputation. We are convinced this is done in connivance with the University Administration through the distortion of our members’ personal details.

He further stated that it is obvious to the Union that the OAGF is deliberately omitting its members from payment of Salaries and withholding check off dues as a ploy for victimization and coercion to enroll ASUU members into IPPIs.
“
This plague,” he said, “has been evident across all Federal Universities in Nigeria since February, 2020. This to us is an outright act of ingratitude on the part of the Government for the sacrifices members of ASUU are making in order to establish a progressive nation. A clear case of punishing citizens for being patriotic.”

Inuwa declared that “Enough is enough. ASUU is fed up with deceptive antics of the federal government of Nigeria.“The University Campuses are becoming restive across the length and breadth as Academics are threatening to shut down activities once again. This is coming as a result of the failure of the FGN to implement many aspects of the memorandum of Action it willingly signed with ASUU that ended the last strike in December, 2020.

“Given the glaring and deliberate failure of Government to honour the agreement it willingly signed with the Union, it is becoming obvious that industrial harmony is gradually being destroyed in the University Campuses.

“We, therefore, call on well-meaning Nigerians to wake up the FGN from its slumber to avoid another disruption of academic activities on Universities Campuses across the nation” adding that “the atmosphere is tensed and charged.”

Most Men Don’t Believe I Am Single – Actress, Juliet Ibrahim