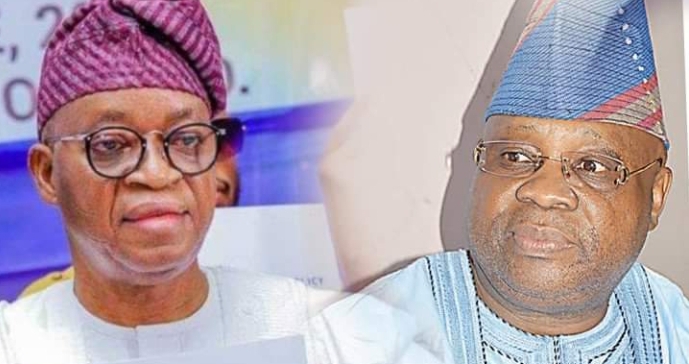 The Governorship Candidate of the People’s Democratic Party, PDP has emerged the next Governor of Osun State.

Adeleke Ademole who was declared the winner of the governorship election which held yesterday, across the 30 local government by the independent National Electoral Commission, also revealed that the dancing Senator got a total of 403,371.

The numbers which enables him to crushed the incumbent, Gboyega Oyetola of the All Progressives Congress, who got 375,027 votes.

INEC further revealed that, from the total votes recorded by the body, the PDP won 17 of the 30 Local Government Areas of the state, while the APC won the remaining 13.

The Returning Officer for the election, is the Vice Chancellor of the University of Lagos, Prof. Oluwatoyin Ogundipe, after an all night counting, he declared Adeleke as the winner of the keenly contested race.