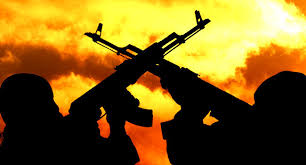 An attack by gunmen on Okuta Elerinla police station in Akure, Ondo State capital has claimed the live of one police officer named Temenu Boluwaji.

The gunmen invaded the police station in the early hours of Monday.

Confirming the development, Odunlami Funmilayo, police spokesperson, in a statement, said the deceased was hit by a stray bullet during a shootout with the gunmen.

“Policemen who were alert and alive to their duty repelled them accordingly and the miscreants were unable to gain entrance into the station,” Funmilayo said.

I Did Not Stab Mc Oluomo – Seigo