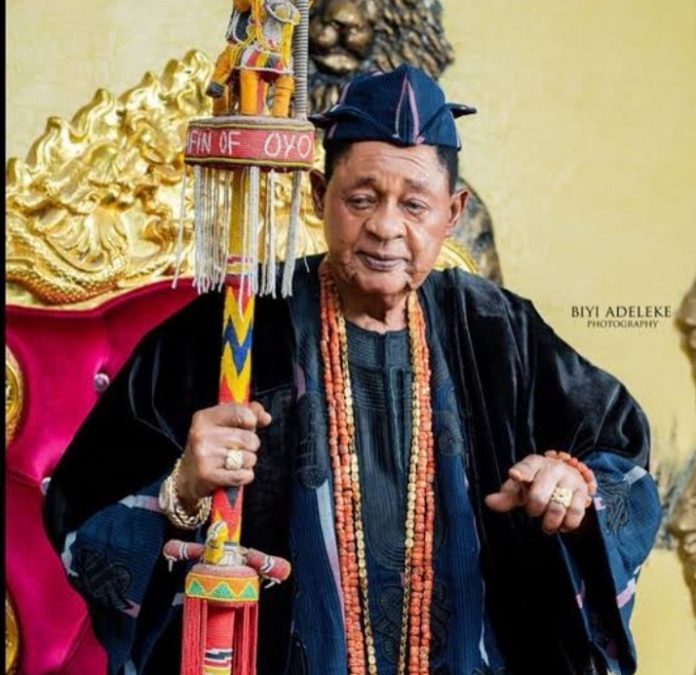 This morning, Nigerians woke up to the sad news of the death of his Royal Majesty, Alaafin Oyo, Oba Lamidi Adeyemi.

While many Nigerians have taken to their social media pages to pay tributes to the respected Monarch, some are yet to come to terms with his purported demise.

Although, the ugly incident which was said to have taken place yesterday at the Afe Babalola Teaching Hospital, however, what Zebra News can confirm is that the Governor Seyi Makinde led administration is yet to officially announce the death.

An Ireporter who spoke to this Newspaper few minutes ago said, the report of the death of Oba Lamidi Adeyemi may be true as no one has been able to sight him since 7am that many Oyo citizens have stormed the Palace.

Below is how the death of Alaafin of Oyo was reported in the early hours of today, “The Alaafin of Oyo, Oba Lamidi Adeyemi, has joined his Ancestors at the age of 83, after occuppying the throne for 52 years.”

“It has been gathered that Alaafin Adeyemi, died in the late hours of Friday at the Afe Babalola University Teaching Hospital, Ado Ekiti, the capital of Ekiti State.”

“The remains of the top Yoruba traditional ruler were brought to Oyo town, 62 kilometers from Ibadan, the Oyo State capital, in the early hours of Saturday, and traditional rites began.”

Tragedy of Serving a Dictator, The Case Study of Tolu Ogunlesi...

Gunmen Kill Ex-Prison Boss, And His Orderly In Kogi