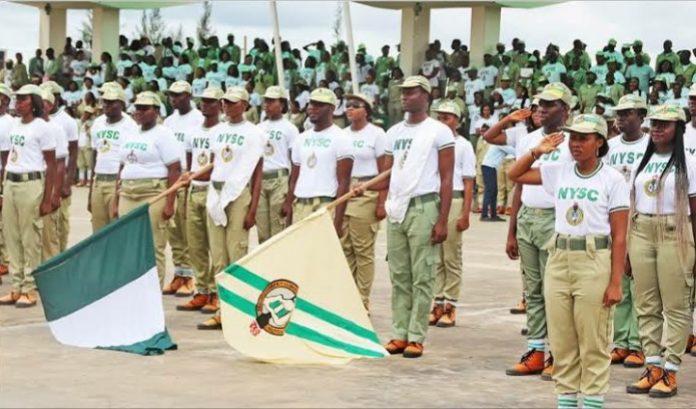 The Federal Government has again snubbed a recommendation by the Economic Sustainability Committee led by Vice President Yemi Osinbajo and decided to re-open orientation camps nationwide next Tuesday amid rising COVID-19 infections.

The Osinbajo-led committee had in June 2020 recommended that while the National Youth Service Corps programme could continue, the three-week orientation exercise should be suspended for two years.

The recommendation read in part,“The immediate focus in the education sector is to address the disruptions caused by the pandemic and ensuring social distancing measures at all levels of education.

“In a similar context, consideration will be given to suspending the National Youth Service Corps orientation camp exercises for at least 24 months while allowing deployment to places of primary assignment. This will ensure that there is no backlog in the national service placement pipeline.”

It was learnt that when the spread of COVID-19 dropped late last year, camps were re-opened in November but the nation again recorded a surge. A top health official said the increase in activities including the re-opening of NYSC camps and the #EndSARS protests contributed to the spike in COVID-19 cases which has now exceeded 100,000.

He said,“The whole world knows that increased human interactions lead to an increase in COVID-19 infections. Even in the UK and the USA, schools have been re-opened and shut at different times but the key thing is to reduce human interaction as much as possible.

“The truth is that re-opening of NYSC camps is avoidable. Corps members could have been given virtual orientation lectures and posted to their places of primary assignment. That was what the Vice-President’s committee recommended. There is no way these camps will not record infections.

Will there not be human interactions? Wouldn’t there be physical activities, sports or marching parades? Would corps members be wearing masks inside the hostels?”A presidential aide, however, said he had no clue as to why the recommendation of the vice president was ignored.

“We are all surprised that the NYSC is going ahead with re-opening orientation camps at a time when infections are increasing. It is completely avoidable because the orientation can be done online and corps members can get their postings afterwards,” the aide said.

The Senior Special Assistant to the President on Media and Publicity, Garba Shehu, did not take his call when contacted to get his reaction on Friday evening. He had yet to reply a text message sent to him as of the time of filing this report.

The message sent to him read, “Good evening sir. We want Presidency’s reaction to the fact that the NYSC shunned recommendation by ESP led by the VP that orientation camps be shut for at least two years because of COVID. Thank you sir.”

However, when asked why the government was going ahead with the orientation exercise, a source in the Federal Ministry of Youth and Sports Development told this newspaper that the government had bowed to pressure due to economic considerations.

He said some persons had been given NYSC contracts, adding that closing orientation camps could lead to huge losses.

The source said, “About 90 per cent of the budget of the Federal Ministry of Youth and Sports Development goes to the NYSC. You can check it. There is no way the government will suspend the orientation programme for two years. The orientation camp is a key component of the NYSC. Contracts have been given.

READ ALSO:  Union Bank Ramps Up Support for the Fight Against COVID-19 in Nigeria

“It was just like when the Federal Ministry of Humanitarian Affairs insisted on continuing with the school feeding programme even when schools were shut during the lockdown.”

I Was Neither Arrested Nor Detained By Police — Mike Adamu

Blood On The Streets, Tears In Our Eyes, Genocide & Massacre...

World Bank Tells Buhari what To Do To Stop Nigeria From...