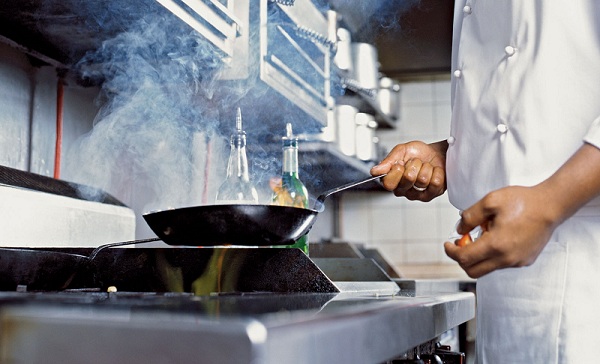 The decomposing remains of a chef, Eric Ekpeyong, have been found in a room belonging to his employer on Akintan Street, in the Surulere Local Government Area of Lagos State. It was gathered that the 50-year-old was employed to cook for one Remi, who had been suffering from an undisclosed ailment.

Remi’s brother, identified as Oluwaseyi, was said to have received a call from a resident that Ekpeyong’s corpse was found in the house. The incident was reported at the Surulere Police Station as personnel of the command were mobilised to the scene.

A resident, who spoke on condition of anonymity, said Ekpeyong’s remains were discovered about a week after he died, adding that until his death, the victim had been ill and ignored advice to treat himself.

He said, “He was a house help catering to Mr Remi. He was climbing the staircase when we observed that he was breathing heavily and we advised him to treat himself. The way he behaved showed that something was wrong with his health, but he ignored the warnings and laughed them off.

“All of a sudden, we heard that he was dead. At first, we thought that it was the person he was looking after that died, but we later saw his corpse in his room a week after he died and the police were informed.”

A source said preliminary investigation showed that there was no foul play in the death. The state Police Public Relations Officer, Bala Elkana, said it was a case of sudden and unnatural death, adding that the corpse had been taken to a mortuary.

Elkana said, “One Oluwaseyi reported the case to us on February 1, 2020. He said he received a phone call from their house that one Eric Ekpeyong, 50, who was employed as a chef to cook for their sick brother died in his room.

“Our personnel visited the scene and observed that there was no mark of violence on the corpse. The decomposed body was taken to the Mainland Hospital’s morgue for an autopsy.”

I Want To Serve APC In Any Capacity – Oyegun

Police Arrest Soldier For Stabbing Driver To Death In Edo