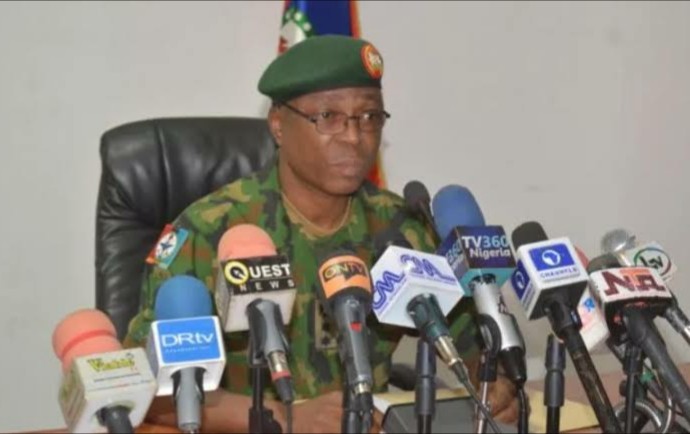 The Nigeria Army has called on the international community to uncover and block sources of funding for Boko Haram, Islamic State West Africa Province and other terrorist groups in the country. The Defence Headquarters said this just as residents of Maiduguri, raised the alarm that insurgents were encircling the Borno State capital.

Also, the apex northern group, the Arewa Consultative Forum, supported the North-East residents as it expressed concern about renewed attacks by Boko Haram insurgents on travellers on the Damaturu – Maiduguri road. But the acting Director of Defence Information, Brigadier General Onyema Nwachukwu, in an interview with Punch, insisted that the military had made progress in the war against insurgents.

Nwachukwu was reacting to a statement by the European Union parliament that there had not been progress in the fight against Boko Haram insurgents. The EU parliament, in its resolution on January 16, 2020, said the security situation in Nigeria had deteriorated significantly.

It deplored the spate of attacks and killings by the insurgents in the past weeks, and called on the President, Major General Muhammadu Buhari (retd.), to fulfil his campaign promises. The insurgents had also launched several violent attacks on troops, including an attack on the convoy of the Theatre Commander, Operation Lafiya Dole, Major General Olusegun Adeniyi.

Yorubas Must Include us in Their Amotekun – Miyetti Allah, Hausas Declares

All Nigerian Borders Closed Ahead Of Saturday Election

Why I Can’t Prosecute Babachir Lawal For Fraud – Buhari