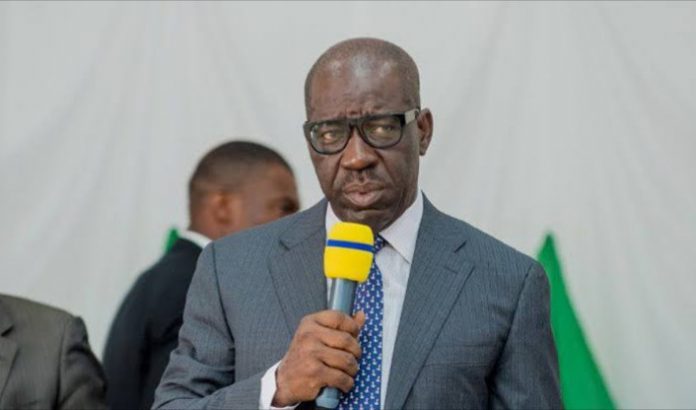 The Edo State Government has urged residents to support the Governor Godwin Obaseki-led state government in the realization of the Making Edo Great Again (MEGA) Agenda by paying their taxes to enable the government carry out its developmental projects.

The Edo State Commissioner for Communications and Orientation, Hon. (Barr) Andrew Adaze Emwanta JP, who disclosed this to journalists in Benin City, reassured that the government will continue all ongoing projects to improve the living standards of the people and ensure economic prosperity for Edo State.

Restating the need for residents to pay their taxes, Emwanta said the government can only succeed when everyone, including the government and citizens, plays their roles and fulfills their obligations, adding that payment of taxes by citizens is the only sustainable source through which the government raises the required funds and resources to finance development projects.

Hailing the governor’s determination to bettering the livelihoods of the majority of Edo people, he noted that “Governor Obaseki is a blessing to the state, being a technocrat who knows the onus and will always go for the best towards making Edo great again, in the overall interest of the good people of the state.

“The governor is changing the narrative from what used to be in the state with modern innovation that would guarantee the future of the people of the state.”

On his part, Permanent Secretary of the ministry, Comrade Josede Sede harped on the need for massive support from the people if the present administration must meet with the people’s demands.

Sede, who highlighted some of the modern infrastructural projects of the Obaseki-led administration, which he said can be compared to what is obtained in developed countries of the world, noted that the present administration is committed to making the state a developmental eye mark.

Apart from Dbanj in Mo Hits, there was no one could command a stage like me, I spent a lot of night crying when...

I Want A Rich Man For Marriage, I Don’t Care His Age – Actress