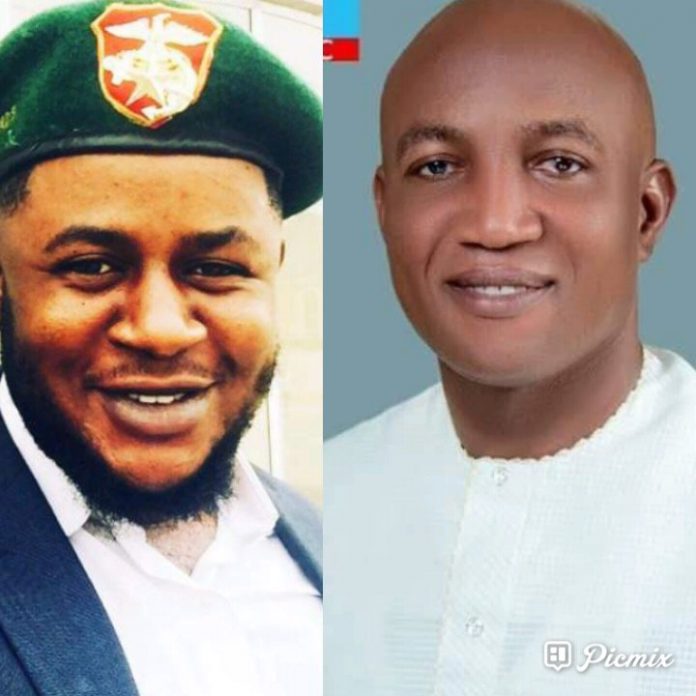 One John Lyon who is suspected to be linked with the Former Governorship Candidate of the All Progressive Congress APC in Bayelsa State have been arrested by Police in Abuja.

In a video currently circulating on social media, John who who was crying and pleading for forgiveness also confessed to be involved in two kidnapped cases. He begged his victims to forgive him because his wife had just given birth.

Findings by Zebra News on his Facebook page revealed that, John who is fond of showing off on social media is close to David Lyon. In some of his social media posts, he refered to the Bayelsa politician as Daddy.

However, what Zebra News can not confirm at the moment is wether they are blood related, close associate or just coincidence.

Recalled that Lyon was declared winner of the 2019 gubernatorial election, but a day to his swearing-in as governor, his election was declared null and void by the Supreme Court of Nigeria.

We will bring you details aa it unfolds.

What Obasanjo Did To My Career – Ali Baba