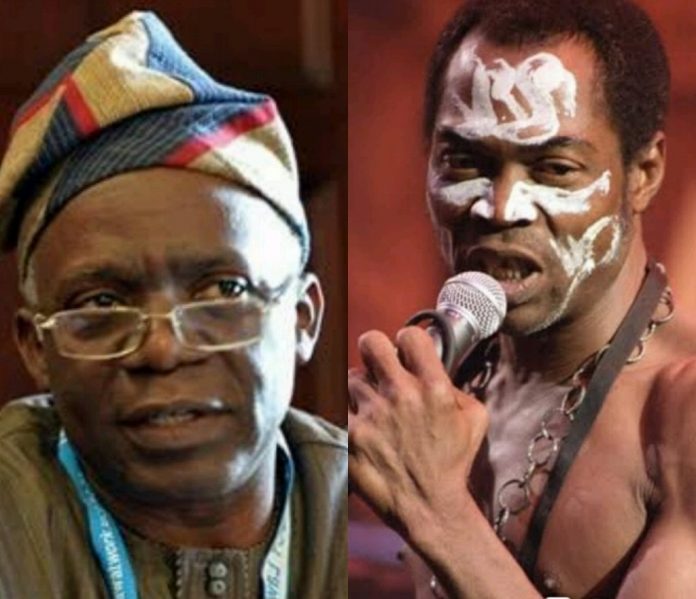 Falana stated this on Monday during the Fela Debates symposium themed ‘The National Question: Evolution or Devolution?’ held in Alausa, Ikeja.

He said, “Fela sang about ‘Sorrow, Tears and Blood,’ which spoke about torture by the police and the military. It was not until 2017 when the Anti-Torture Act was enacted by the National Assembly. Under that law, a police officer who tortures anybody shall be prosecuted and the penalty is 25 years in prison. We must thank Fela for that.

“Under the 1963 constitution, the government was not liable for any atrocity it committed against the Kuti family. However, that is no longer the rule. Under section six of the 1999 constitution, the government, whether federal, state and local, can be brought to book and taken to court. I want us to realise that these are reforms instigated by Fela and other forces in Nigeria.”

Government Money Will Not Be Used For Campaign – Buhari

We Owe You No Explanation On Rights Abuses In Nigeria –...

I Will Rather Be A Conductor In PDP, Than Be A...

Stay Away From Ballot Boxes Or Be Ready To Lose Your...