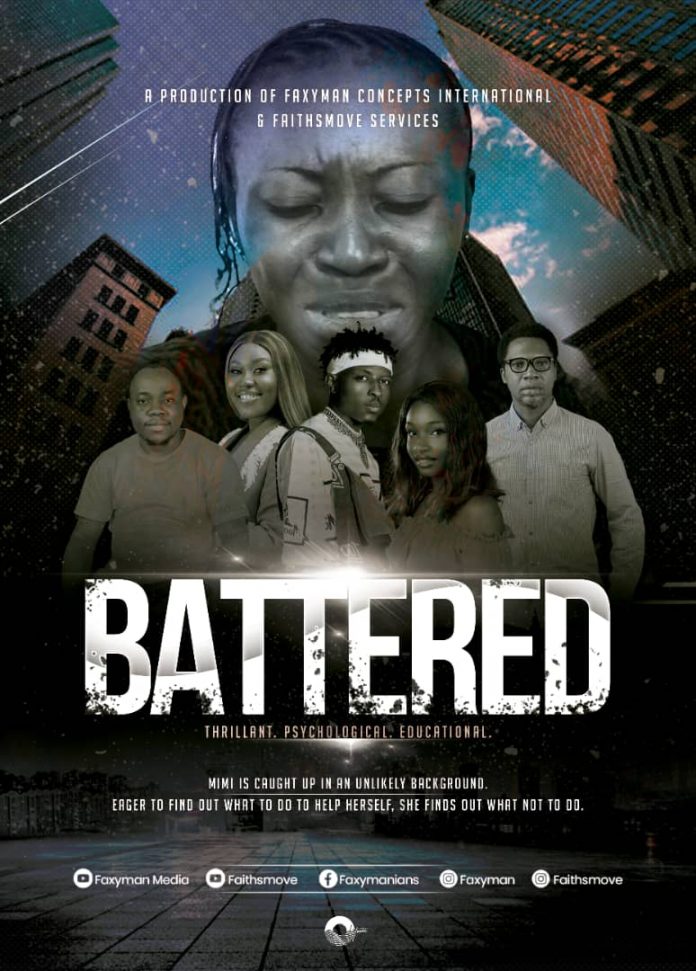 A new new film ”Battered’ is set to premiere on the 22nd of October at Sky Cinemas Lekki-Ajah, Lagos.

According to the director of the film, Peter Chukwuemeke Diji (Faxyman), Battered’, a thrillant, psychological and educational movie that centers on Modern Slavery.

On the inspiration behind the film, he said: “Modern Slavery. The number of persons currently in bondage is greater than those that were in past recorded human history.

Though the incidents of present-day dehumanization are not so visible in public, most of them take place in homes and organizations. ‘Battered’ elucidates an aspect of modern slavery that is the cause of the larger issues we are suffering in society today.

He added that the movie aims to sensitize the people, victims, and perpetrators, regarding the subject matter, Modern Slavery.

“There are several lessons to be learned in the film; such as the effects of ignorance, and much more.You can Subscribe to my Youtube channel @ Faxyman Media for more exciting updates.”

Peter Chukwuemeke Diji is a Nigerian filmmaker and actor. He is a Mass Comm graduate of Wolex Polytechnic and also studied the act of filmmaking and directing at the Africa Film Academy in 2022.

What Buhari Hope To Achieve With Election Postponement – Atiku

APC Will Rule Nigeria Till When God Decide Otherwise – Oshiomole

Segun Ogunbunmi At 50: The Story Of The Publisher Turned Farmer – Mike Osagie

Sir Shina Peters Greedy, Selfish, Responsible For The Down Fall of...