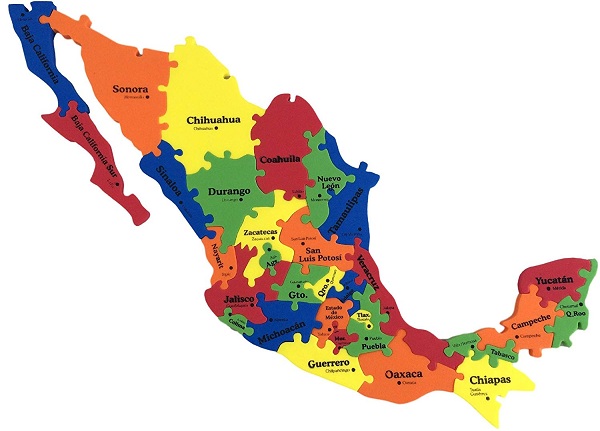 Five years ago Thursday, 43 students in southern Mexico who were on their way to a protest were detained by corrupt police who handed them over to drug cartel hitmen.

Then they disappeared without a trace.

Half a decade later, Mexico is still haunted by “the 43,” a case that drew international condemnation and stained the government of ex-president Enrique Pena Nieto.

The investigation has been marred by allegations of official incompetence or even corruption. Misconduct — especially the use of torture to extract supposed confessions — has resulted in the release of 77 detainees, including the main suspect earlier this month.

The new prosecutor general has meanwhile announced plans to reinvestigate “almost from scratch.”

But it is uncertain whether the world will ever know what happened to the young men from the teacher training institute in the rural village of Ayotzinapa, in the violent state of Guerrero.

“I don’t think (a new investigation) will achieve a radically different result from the original,” said Alejandro Hope, a security expert and former Mexican intelligence officer.

“There are two facts that don’t seem to be in doubt: the students were kidnapped by police and handed over to the Guerreros Unidos cartel.”

What happened after that, he said, might remain a mystery forever.

The students attended a college with a history of radical protest.

They had a habit, among another rowdy behaviour, of commandeering buses to drive themselves to protests.

Dozens of them did that on the night of September 26, 2014, travelling to the nearby city of Iguala and hijacking five buses for a march in Mexico City.

However, they did not get far.

Local police opened fire on the buses, killing six people. Then they rounded up the remaining students and handed them over to Guerreros Unidos, which apparently had the police on its payroll.

Under Pena Nieto, the federal prosecutor’s office — which at that time answered to the president — concluded the cartel mistook the students for members of a rival gang.

According to this version of events, which the administration called “the historic truth,” hitmen took the students to a garbage dump, executed them, burned their bodies and threw the ashes into a river.

However, a team of independent investigators from the Inter-American Commission on Human Rights found that was impossible, based on forensic analysis of the supposed crime scene.

Their conclusion led the students’ families to rebrand the government’s version “the historic lie.” And it left Mexicans to wonder: if the government’s gruesome explanation was a cover story, how horrific was the truth?

The government did not renew the mandate of the international experts, who never finished their investigation.

However, they hypothesized the students may have inadvertently hijacked a bus loaded with heroin bound for the United States.

Of the five buses, the students took that night, it was the only one stopped by federal police, rather than shot up by municipal police, the experts concluded.

All mention of the bus later disappeared from the official case file.

In Mexico, where murky links between government officials and organized crime are routine, it is anyone’s guess who may have been in on such a plan.

READ ALSO:  No More Petrol Subsidy, It's now a thing of the Past - Mele Kyari

But it will be virtually impossible to find evidence, Hope said.

“There is zero possibility of proving that the army or federal police were responsible or acted on Pena Nieto’s orders,” he told AFP.

The men’s families continue to hope for justice, and even to find their sons.

“I don’t know if this is just a mother’s heart talking, but I don’t feel like my son is dead. I want to see him come back and hold him in my arms — him and the other 42,” Blanca Luz Nava said through tears Wednesday at a protest against the lack of justice in the case.

The families plan a new protest Thursday in Mexico City.

Investigators meanwhile began chasing a fresh lead this week: they are excavating at a different garbage dump near Iguala, in the town of Tepecoacuilco, where witnesses reportedly say some of the men were executed.

Why I Fired My Entire Management Team – Kizz Daniel

How I Lost My Mother At Six – Singer, John Kola-idowu