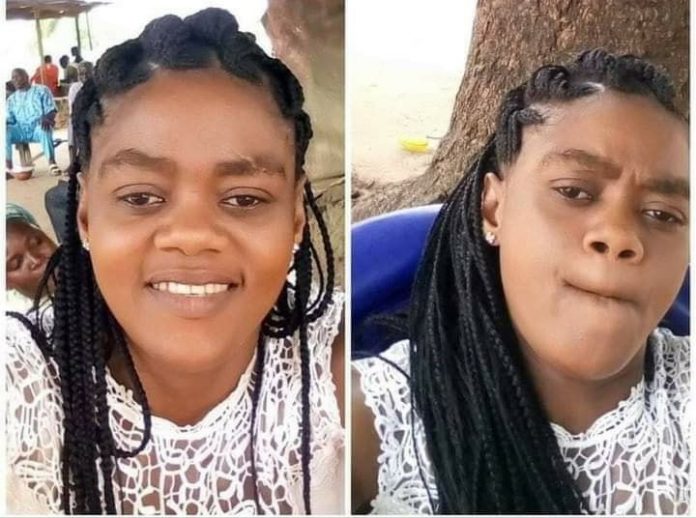 On Sunday that a middle-aged man, Nicodemus Nomyange, who set himself and his girlfriend, Shininenge Pam, ablaze did so over the latter’s refusal to marry him.

Nomyange had on Saturday evening visited his girlfriend’s house on Inikpi Street, in the High-Level area of Makurdi, with a gallon of fuel, which he used to set the apartment on fire. The two lovers died in the inferno.

It was gathered that Nomyange, who was in his 40s, had been going out with the woman for some time. Pam’s neighbor, who identified herself as Dorry, said, “Nomyange was married with children. But he proposed to the young lady, whom he claimed to have invested in.

“But the lady, having sought advice from her friends, told him that he was too old for her and that she preferred to marry a younger man and not a man already with wife and children.”The lady’s decision, according to the neighbor, infuriated Nomyange.“It was the man who rented this apartment for her and furnished it to taste.

“Nobody expected what happened because the man did not show any sign of anger. But yesterday (Saturday) around 6.30pm, we saw him with a keg of fuel which we thought was to be used for their generator. As he entered the lady’s house, they locked themselves in,” she added.

The neighbor said residents suddenly noticed fire coming out of the apartment, adding that efforts to put out the fire were not successful. At the time firefighters visited the place, the two lovers were reported to have died in the inferno.

The state Police Public Relations Officer, DSP Catherine Anene, said witnesses told the police that they saw the man with fuel and they assumed that he wanted to use it for the generator.

“We heard that the man and the lady had been having misunderstanding before the sad incident,” she added. Anene said investigation was ongoing to unravel the actual cause of the incident.

I Have No Business With Kano Elections – Bola Tinubu

We Will Not Take It Easy With Buhari, If IG Remains...

I Regret Not Getting Married 15 Years Ago – Actress, Funke...