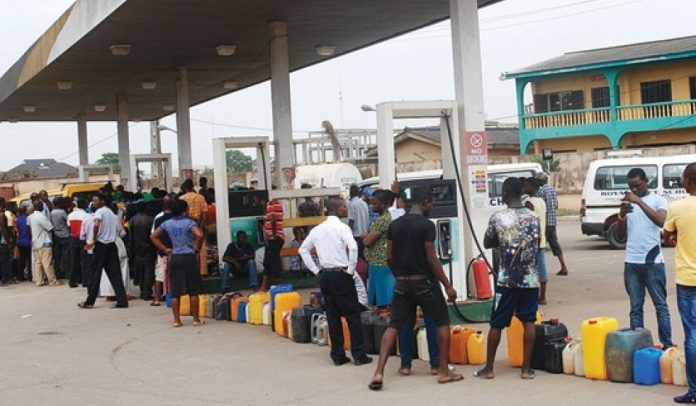 Residents of border communities in Ogun, Lagos, Adamawa, Katsina and Sokoto states are groaning following the Federal Government’s suspension of fuel supply to areas within 20 kilometres to the nation’s borders.

On Thursday, the Comptroller General of the Nigeria Customs Service, Hameed Ali, had directed that no petroleum products should be supplied to any filling station within 20 kilometres to the borders.

Investigations by Punch in Ogun, Lagos, Adamawa, Katsina, and Sokoto states showed that the government’s order had triggered fuel scarcity and hike in the prices of petroleum products.

Punch further reveal that the Federal Government’s order had led to fuel scarcity in communities such as Ihunbo, Ilase, Ajegunle, Idiroko and Agosasa in the Ipokia Local Government Area of Ogun State. Also, at the Seme border in Lagos on Monday, there were fuel queues as only two filling stations were selling fuel.

What Many Don’t Know About My Luxurious Lifestyle – Regina Daniels

Pinnick Is The President Of NFF For FIFA–Says Gianni Infantino

What The World Doesn’t Know About My Mother – Actress, Regina Daniels

What Will Happen To Governors Following New NFIU Guidelines