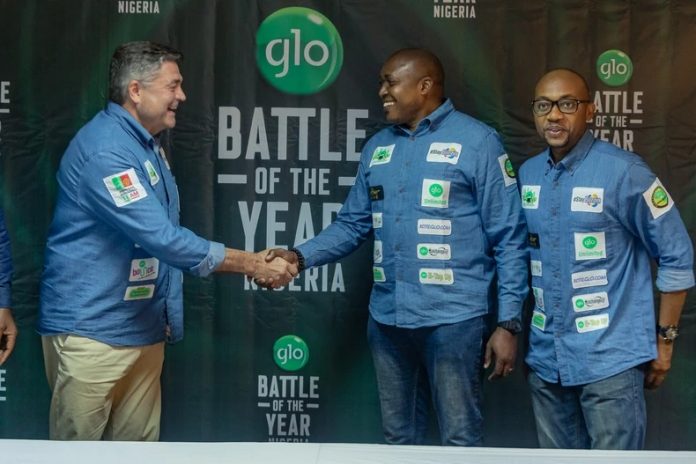 Youth empowerment in the country on Wednesday received a major boost as Globacom announced its sponsorship of the world’s biggest dance reality television show, “Glo Battle of the Year” in Nigeria.

The company unveiled details of the sponsorship of the show during a media briefing held in Lagos.

The telco explained that among the fantastic prizes for winners would be the rare opportunity to represent the country at the global stage of the competition.

Globacom’s Communications Director, Andre Beyers, who spoke at the event, said the show would offer unlimited opportunities for Nigerian youth to pursue their passion.

“In line with our commitment to promoting the Nigerian entertainment industry and youth talent development across the country, we are excited to unleash the unlimited potential of Nigerian dancers and provide the platform for them to showcase their abilities on the world stage,” he stated.

The Battle of the Year competition is an annual international breakdancing competition that began in Hannover, Germany, over 20 years ago.

The regional qualifying tournaments are held worldwide and culminate in the world finals, usually held in Germany, with over 12,000 visitors across the world. It is widely regarded as the World Cup of breakdancing.

On offer are N84 million for winners across seven dance categories and other mouth-watering prizes, including the opportunity to win the grand prize of representing Nigeria at the international Battle of the Year.

The promoters said the contests would air in a soon to be announced 13 part television show, “that will keep viewers glued to their screens and on the edge of their seats.”

He urged interested dancers and dance crews to register for the competition. Participants would be required to upload a 30-second entry video on a dedicated website, after which the top 20 entries per region in each category would be selected.

Also, the CEO, House of Royalty, and Project Coordinator, Jolomi Kendaboh, who also spoke at the media briefing, said the competition was the preliminary to the annual International Battle of the Year breakdance championship.

“We are confident that with the backing and full support of Globacom, we would take the standard of the dance competition to the next level”, he said.

At the world’s biggest hip-hop dance show, the winner will receive N84 million cash, and an opportunity to represent Nigeria at global dance competitions.

The Battle of the Year is an annual international breakdancing competition that began in Germany twenty years ago and is widely regarded today as the World Cup of breakdancing.

The regions that will participate in the Glo Battle of the Year are, Lagos, Kaduna, Benin, Port Harcourt, Enugu, and Abuja. The show will feature dance legends like Gidnasty (USA), Menno (Netherlands), Manuela (Germany), Poco Lee, Pinky Debbie, Izzy Odigie, Dunamis, Maxbuck, Franc Okwara, etc. will feature as judges on the show.

Dancers will be required to upload a thirty-second entry video to qualify for selection. The best twenty entries under specified categories, in each region, will be selected.

Powerful Individuals Are Responsible For Illegal Mining Activities In Nigeria, Minister Cries Out

Buhari’s Wife Blows Hot Again, Says Many Nigerian Yet To Benefit From Her Husband’s...