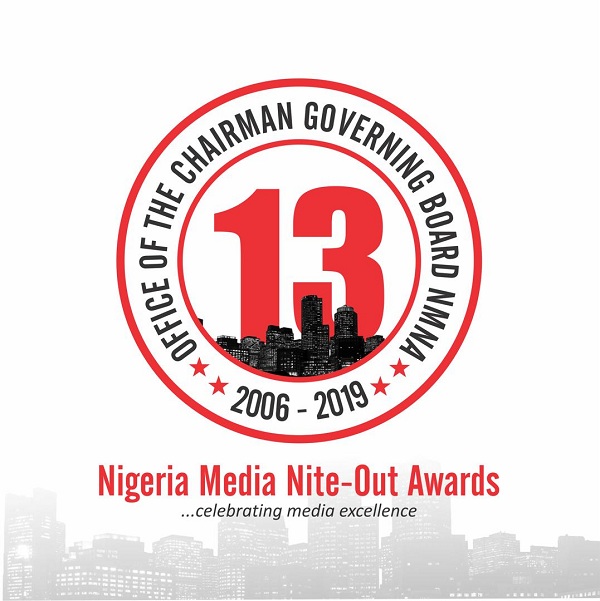 Not less than five governors, media gurus and prominent Nigerians are expected at the 13th edition of Nigeria Media Nite-Out Award (NMNA).

Those expected according to Murphy Ajibade Alabi, the Media and Publicity Manager of the glamorous media event include the Governor of Zamfara, Matawalle, Governor Sanwoolu(Lagos), Tambuwa(Sokoto), Udom Emmanuel (Akwa Ibom), Bala Mohammed (Bauchi), and the first lady of Ondo state, Betty Anyanwu-Akeredolu, while the media will be well represented by the duo of Vanguard publisher, Sam Amuka, and Chairman, Board of Telegraph Newspaper, Mrs. Funke Egbemode.

Others expected are vice chairman and governing body of NMNA, Omooba Segun Adewale, chairman of Lagos State Nigeria Union of Journalist, Chief Akinreti. The theme of this year award is Nigerian Economy and Political Development: Finding the Missing Piece… and will be delivered by the former presidential aspirant, John Onche Shaibu, who is the Keynote Speaker.

“The event will come up on Sunday, September 15, 2019 at Lagos Airport Hotel, B Event Hall, Ikeja, Lagos. 17 journalists are going to be awarded in different categories at the 13th edition of Nigeria Media Night-Out Award.

This is an award that has been on the vanguard of recognizing the output of the media in our society for the past 13 years, and we are not going to rest on our oars, even though it has been easy to do this year in year out and this year we intend to make it elaborate and special, we intend having many Nollywood stars for the award to add glitz and glamour to the event ” stated Mr. Alabi, a veteran journalist of almost two decades, who is vast in Entertainment sector

READ ALSO:  Dance/Workout Videos: I have No Intentions To Seduce Women – Harrysong

“We will also honour late Precious Owolabi with a posthumous award he was a young man who believe in the profession he practice it passionately and he paid the supreme price by death, with his fearlessness . We as an organization that always recognize the good work of journalist have to acknowledge his braveness even though it was a very painful death.

He will be honoured on the day of the event, we intend getting in touch with his family to receive it on his behalf. This just reminds one of two Nigerian journalists Taiwo Awolusi and Krees Imobibie who died during the Liberia war in 1990″ Alabi concluded. Meanwhile, the chairman of Lagos state chapter of Nigeria Union of Journalist, Dr. Qasim Olalere Akinreti, has endorsed NMNA.

I Will Be Diligent In The Discharge Of My Duties – Buhari

Amina Zakari Is Not Related To Me By Blood – Buhari

Kate Henshaw Battles For Seat Of Governor In 4th Republic