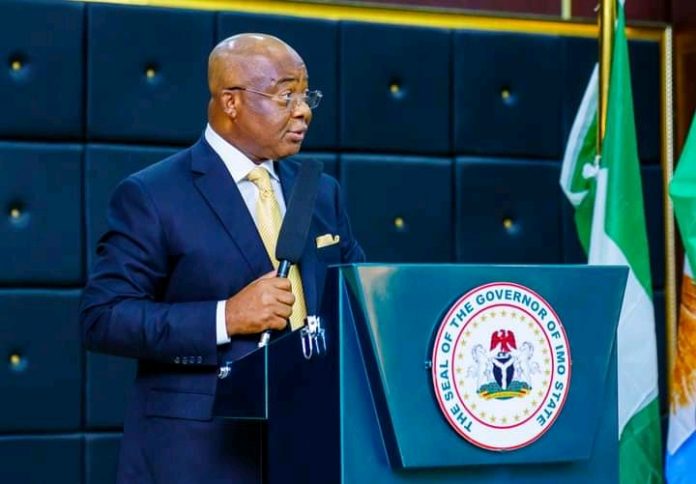 Gunmen have attacked the country home of Hope Uzodinma, governor of Imo state.According to The Punch, the gunmen invaded the governor’s house in Omuma in Oru LGA in the early hours of Saturday.

A part of the house was burnt, and two security men on duty at residence were reported killed. One of the security men killed was said to be an operative of the Nigeria Security and Civil Defence Corps (NSCDC).

Sources were quoted to have said cars parked in the compound were affected by the fire. Declan Emelumba, the state commissioner for information, who also confirmed the incident said the security men killed were on duty at the house of the governor.

TheCable called Ikeogwu Orlando, spokesperson of the Imo police command, but he said: “I will get back to you soon.”

There has been a spike in attacks targeting security agents, public infrastructure and individuals in Imo. A few weeks ago, gunmen razed the police command headquarters in the state and attacked the prison facility, setting free over one thousand inmates.

READ ALSO:  I Married My Ex-Husband The First Day I Set My Eyes On Him - Actress, Padita Agu

Why Police IG, Mohammed Adamu Is Desperate To Set Me Up...

Why It Took Buhari Six Months To Appoint Ministers – Tunde...

2023: Igbo Presidency Will Not Work in Nigeria – MASSOB Tells...