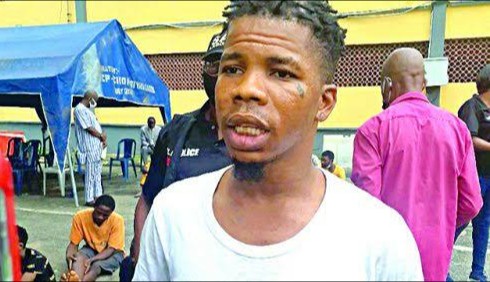 A notorious robber and rapist, Adeniyi Ajayi, escaped from the custody of the Lagos State Police Command during the #EndSARS protest.

A source at the command headquarters said Ajayi, aka Ogologo, shortly after his arrest by operatives of the defunct Special Anti-Robbery Squad, was arraigned and remanded by the court.

He was, however, returned to the SARS office in Ikeja. The source noted that this was due to the COVID-19 restrictions, which prevented the custodial service from taking in fresh inmates at the time.

It was gathered that after the disbandment of SARS due to the nationwide protest against police brutality, some of the suspects in its cell escaped. It was revealed that among those who fled was Ajayi.

The 27-year-old ex-convict was paraded on July 1, 2020 by the state Commissioner of Police, Hakeem Odumosu, at the command headquarters for allegedly raping no fewer than eight women during robberies in different parts of the state.

Among the victims were civil servants and lawyers, who were said to have stormed the SARS office to testify against him.

The suspect, who was arrested in the Ijora Badia area, confessed to the rape of three women, while speaking to our correspondent then. He also asked the police to kill him, saying he could not change from his old ways. 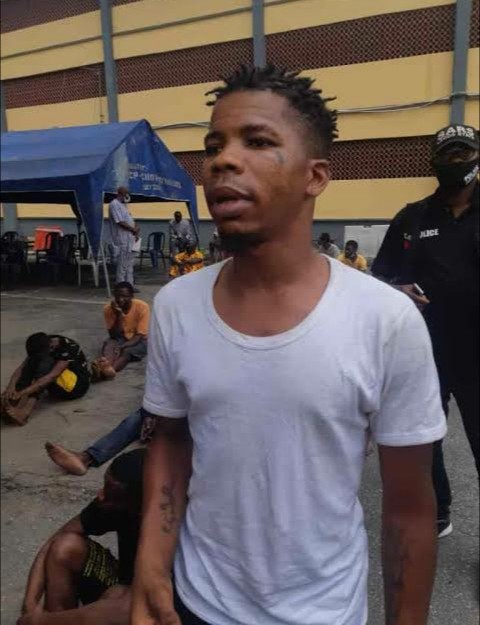 He had said, “I prefer to be killed than go to prison. I have been imprisoned before, but when I came out, I had no job and that was why I went back to robbing people. I have only raped three victims, and it was when their husbands and bosses refused to cooperate with me that I raped their wives and maids in their presence.”

The source said the suspect, shortly after the parade, was taken into SARS custody and arraigned for robbery.

“He was not arraigned for rape, but robbery. Because of COVID-19, he was remanded in police custody and that was where he escaped along with other suspects during a jailbreak. They almost killed one of the officers while escaping,” the source added.

Another officer, who also confirmed the incident, gave further details.

‌He stated, “He was among those who escaped from SARS custody that time; they were well over 100 robbery suspects. Some officers aided their escape, because SARS was disbanded. Two of the policemen were arrested. We were able to arrest about 16 of the suspects, who could not scale the fence.

“Those ones were still on the premises, but others scaled the fence and fled. They almost killed the station officer in the process.”An online news platform, SaharaReporters, said Ajayi had already robbed two families and raped a woman after his escape from custody.

The state Police Public Relations Officer, Muyiwa Adejobi, said he was making enquiries about the purported escape of Ajayi.

He explained that he was not the spokesman for the command at the time the suspect was paraded and did not have information about him.

Adejobi promised to react as soon as he got feedback from those he sent to get information about the ex-convict. He had yet to do so as of the time of filing this report.

Theresa May Did Not Visit Nigeria To Endorse Buhari Re-Election Bid – British High...

2014 Wolrd Cup: I Was Denied Opportunity to Play For Nigeria Because I Refused...