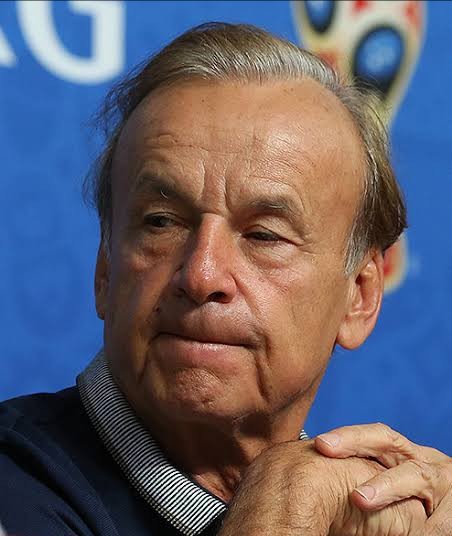 Gernot Rohr has said that he shunned the Super Eagles friendly against Mexico, which holds at the Los Angeles Memorial Coliseum on July 3, because he is not in charge of the home-based team.

A 25-man list of home-based squad was released by the Nigeria Football Federation last Saturday, with Rohr revealing that he had no input in the selection.

The Franco-German told Punch that he only played an advisory and supervisory role to the home-based team, the Super Eagles B, adding that NFF Technical Director, Austin Eguavoen, was in charge of the team for the Mexico clash.

When Punch asked Rohr about the game, he replied, “You should speak with Austin (Eguavoen) who is responsible for the team please.

“My team is the A-team. I am supervising and monitoring the CHAN players, he added. Nigeria will be aiming for their first win against Mexico in their fifth encounter, having drawn three and lost one in their previous clashes.

The Eagles began preparations for the game at the practice pitch of the Moshood Abiola National Stadium, Abuja on Wednesday and Rohr, who was in attendance, tasked the players to take their chances when they face the Mexicans next Sunday.