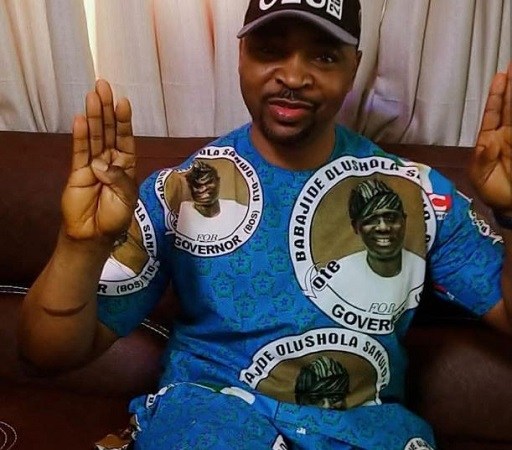 A leader of the National Union of Road Transport Workers (NURTW), Mustapha Adekunle aka Seigo, has denied involvement in the Lagos All Progressives Congress (APC) violence.

There was violence during the APC governorship campaign on Tuesday with three persons alleged said to have died.

Also, a leader of the NURTW, MC Oluomo, was stabbed and is getting treatment at a hospital with the Police declaring Seigo wanted in connection with the violence.

However, while speaking with the media on Thursday, Seigo said, “I don’t have anything to do with the clash at the rally.

“I went there like any other member of the union to show solidarity and give support to the governorship candidate.

“Police should investigate the matter properly before coming to conclusion. I was not involved in the clash.”

Meanwhile, the Siego led faction in Oshodi has accused the Lagos State Police Commissioner, Imohimi Edgal of biases in the handling of the violence at the All Progressives Congress (APC) rally in Lagos on Tuesday.

This statement came in from the Organising Secretary, Berger Unit, at Oshodi, Semiu Omosansan.

According to Omosansan, “Adekunle Mustapha (Sego) was not at the place where union’s state Treasurer Musiliu Akinsanya (aka MC Oluomo) was stabbed.”

He told the Nation that “The incident occurred on the stage where K1 (Wasiu Ayinde Anifowoshe) was performing and he is alive to bear witness that Sego was nowhere close to the stage.

“This is not the first time MC Oluomo and Sego will attend APC rally as party members and such unfortunate incident has never happened until the state Chairman (Tajudeen Agbede) and his boys decided to attend last Tuesday’s event.

“One of Sego’s boys was killed during the violence. Why is Sego accused of being responsible for that? We are yet to understand the reason to declare him wanted.

“MC Oluomo was stabbed in the presence of Agbede Tajudeen, NURTW chairman in Idumota, Azeez Lawal (aka Kunle Poly) and others.

“The police should quiz the two (Agbede and Lawal). Agbede even lied that he took MC Oluomo to the hospital, which is not true.

“In a situation like this, we expect that the Commissioner of Police will carry out thorough and unbiased investigations.

“The police are the custodian of law. We still have huge faith and belief in the Force that it will always do the right thing. We implore the CP to get his facts right.”

Oyedepo Makes Revelation On COVID-19 Vaccine, Says Something Is Wrong In...

BREAKING: 12 Nigerian Police Officers Kidnapped On Their Way For Special...

Aisha Buhari Has Forever Silent Those Criticizing The Office of First...