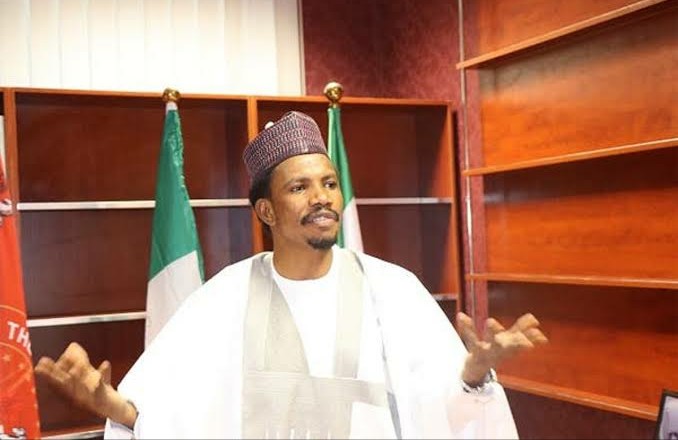 The Senator representing Adamawa North, Elisha Abbo, has explained that he left the Peoples Democratic Party to join the All Progressives Congress, in order to pursue his 2023 governorship ambition.

Abbo, whose letter of defection was read on the floor of the Senate by the Senate President, Ahmad Lawan, on Wednesday, however insisted at a news conference after plenary, that there is a major crisis in the partly in Adamawa State.

He also said he was not ready to resign as a Senator as was demanded by the PDP. National Publicity Secretary of the PDP, Kola Ologbondiyan, while reacting to Abbos defection said, “Senator Abbo, is fully aware of the constitutional implication of his decision to defect to another party; which is that, he cannot continue to occupy the seat of the PDP in the Senate.

“The place of any Senators who changed parties except on the grounds provided by the Constitution is very clear and the PDP will not allow Senator Abbo to run away with our mandate.”In response, Abbo said, “Did they ask (Governor Dave) Umahi to resign? Go and ask them (PDP). Governor Umahi just defected from PDP to APC as a sitting governor of Ebonyi State. Did they ask him to resign?

Earlier, the in his letter of defection which was read on the floor of the Senate by the Senate President, Ahmed Lawan, the Senator said, “Today, I join the APC and the President of the Federal Republic of Nigeria, President Muhammadu Buhari, to build the Nigeria of our dreams.” The APC now has 60 senators, while PDP has 42. There are currently six vacant Senate seats.

APC Will Never Know Peace In Edo State, Unless… – Party...

Why Ganduje Wants Sanusi Removed As Emir Of Kano

Glamour, Style And Inspiring Talks at The Launch of Alpher, Union...

Slap Any Comedian That Cracks Jokes Against Jesus – Apostle Suleiman...