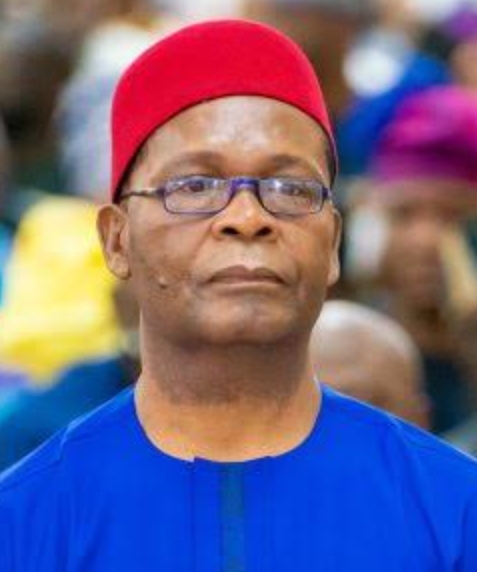 Governor Sanwo-Olu’s Special Adviser on Drainage and Water Resources, Joe Igbokwe has said, the current flood that is ravaging the state is not new to Lagos alone. According to the former spokesperson of the All Progressive Congress in the state, other countries of the world are also facing similar challenges, including Africa countries.

Igbokwe made the justification while reacting to a post by Omoyele Sowore on his Facebook wall, Sowore had slammed the former governor of Lagos, Bola Tinubu, saying the state is suffering from flood today as a result of his past administration.

In reaction, Igbokwe said, “This is my office. This is my job and I understand this job very well. Lagos is a Coastal City that is prone to flooding and we all know this very well in Lagos. There is what we call flash flooding and it comes after a heavy downpour and few hours later it will disappear into the drains that are in great numbers in the metropolis”.

“We have many low line areas in Lagos where people are not supposed to build houses but many will ignore our warnings and go there to erect makeshift houses or chanties. When you have a heavy downpour such areas will be flooded. Next is to tell LAGOSIANS that drains or canals are not where to dump waste.”

“Many LAGOSIANS are still dumping waste into the drains. LASG is aware of this and spend a lot every year to construct and build new drainage channels every year. Dredging and cleaning is continuous exercise in Lagos. Lagos will continue to do its best to make Lagos a livable city but we want LAGOSIANS to help us to build a better Lagos by taking ownership of our tertiary, secondary and primary canals in Lagos. It is supposed to a symbiotic relationship. We have massive flooding in other climes like USA, UK, Australia, some African countries, and even Pakistan with devastating consequences.”

READ ALSO:  We Owe You No Explanation On Rights Abuses In Nigeria - Presidency Tells UK, US

I’m Taking A Break From Music, Says Wizkid As He Reveals...

I Have Always Seek Buhari’s Approval Before Taking Decision – Osinbajo

Coronavirus! A Warning From God To Mankind – US Based Prophet,...

When I Become Governor, I Won’t Allow Tinubu To Control Me...

APC Tells Tribunal What To Do To Atiku’s Petition