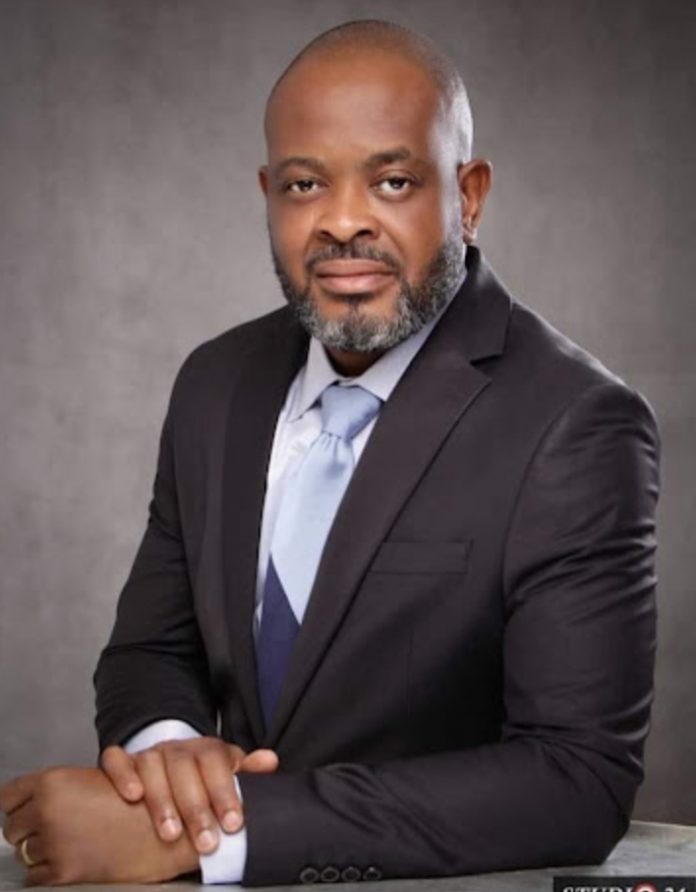 A multi-dimensional Chartered Insurance broker; Mr. Olurotimi Akinrinade Adewole, FCRIB was sworn-in as the Chairman of the of the prestigious JCI Nigeria Senate Association on Saturday, October 15, 2022 at the Annual General Meeting of the association held at BON hotel in Ibadan, at a gathering which attracted major members of the association spread across several fields of human endeavours and professional discipline both within Nigeria as well as in the diaspora. A cursory review of the JCI Nigeria landscape today shows that the association is gradually but surely gaining a foothold in the Nigerian polity. Today, it can boast of JCI Senators who are leading lights in the public service, politics, business, academia, the professions, entertainment etc.

In his acceptance speech, Adewole thanked the members of the association for finding him worthy of their trust and articulated some basic pillars that will drive his tenure; which includes aggressive membership drive, strengthening the association’s brand positioning, advocacy, improvement of members wealth creation capacities through capacity development and empowerment, collaboration with internal and external stakeholders across the broader JCI system, government, and allied stakeholders. He gave assurances that his administration would build on the solid foundation laid by the founding and successive chairmen of the progressive association.

Adewole’s ascendancy comes at a critical period in the global economy where countries, including advanced economies, are under pressure to tackle rising inflation and at the same time maintain price stability.

The ultimate challenge is how the government, other professional and advocacy groups like the JCI Nigeria Senate Association senior members within various systems of the professional and immediate communities can work harmoniously to boost the wealth creation capacities of individuals towards ensuring better life for the citizens as well as improved economic development for the nation at large.

The historic AGM, incorporated the change of baton i.e. swearing-in and the send-forth for the immediate past Senate Chairperson; Nneka Itabor.

The high-points of the event also witnessed the official oath-taking and signing of the Oaths of Office by the new chairman who also performed the appointment and swearing-in of other appointed executive officers of the association for the official two-year term from 2022 – 2024.

The JCI Nigeria Senate Association over the course of its existence has paraded strong and reputable men and women; who have steered the ship of the association to both significance and international repute since it first came into existence.

In fact, he is coming into familiar terrain, where his leadership and administrative capacities have been tested and trusted overtime, having served within the association’s leadership rank and at close quarters in the years preceding his emergence as the chairmani.e.,as the immediate past chairman in the just concluded administration.

It is therefore noteworthy that fortunately for JCI Nigeria Senate Association, the body has been blessed with servant leaders, men and women; who have developed and strengthened their individual and corporate values and capacities over the years with a committed and deep sense of socio-economic responsibility and driven by a need to faithfully serve the Association and by extension, its people.

Mr. Adewole falls into this category of a leader with an outstanding example and ideal role model of the office holder that can be truly trusted. His words and works over the years have attested to him being a leader who has thoroughly done his homework in those years while he was serving on the Executive Council as a Vice Chairman and trusted to have worked out a blueprint and believed to be going ahead to persistently and passionately execute his promises and much more.

Encomiums were showered on the new chairman and his executive council members while they were also charged to sustain the legacies already built by their predecessors.

The event was attended by many high-profile members of the Association; both locally and in the diaspora who are spread across various professional and career endeavors and all of whom have made their marks in their various chosen areas of expertise.

READ ALSO:  Buhari Has Offered You A New Nigeria, Don't Give It Up - Osinbajo Begs Youths

The Association’s Annual General Meeting, usually marks a new dawn in the life of the body as it ushers in fresh thoughts and ideas in its quest for greater heights.

Harnessing Insecurity And Enforcement Of Peace Within The Nigeria Federation

Atiku’s Visit To The U.S, A Downright Catastrophe – Keyamo