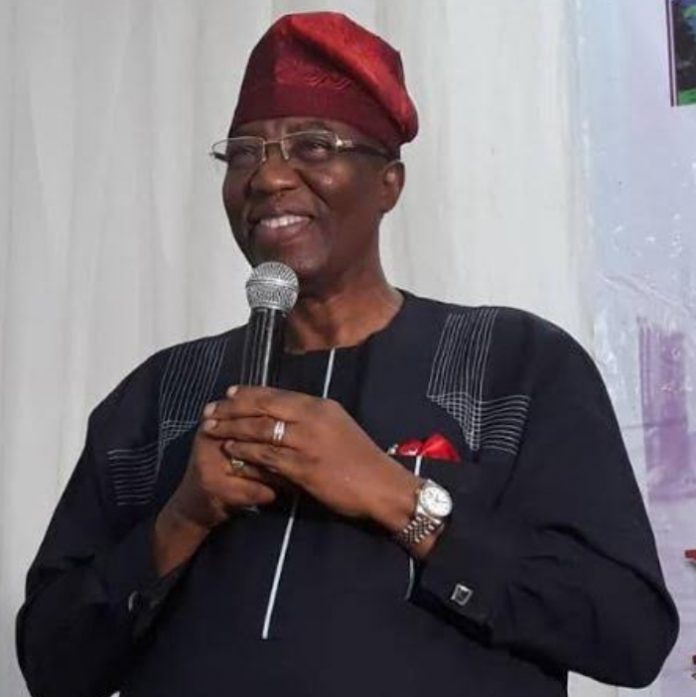 The media once went into frenzy with the news of the defection of one of the former Ogun State Peoples Democratic Party (PDP)’s chieftains, Otunba Gbenga Daniel (OGD), to the ruling side All Progressives Congress (APC) in what has openly kick-started the political permutation ahead of 2023.

The media further reported that OGD took part in the ruling party’s registration and revalidation exercise which officially validated his defection and membership of the party.

In a reaction to the development, the PDP in the South-West came out to say that Otunba Daniel had long defected to APC, adding that it was obvious that the APC has become so embarrassed with the refusal of well-meaning Nigerians to openly associate with the party in its membership registration and was then making up defections for public perception. In fact, the opposition party claimed that by the action of Otunba Gbenga Daniel few hours after the results of the 2019 presidential election was declared, it was obvious that he was among the double-agents who sold the PDP out during the election.

Parts of the media report on OGD at best can be termed misleading as Ogidi Omo, as he was fondly referred, did not technically defect from the PDP to the APC as he stepped aside from politics months ago. OGD had been retired from partisan politics before his recent re-emergence to the call of duty. The assertion by the PDP therefore holds little or nothing to this effect.

Recall that in March 2019, he had sent a letter to the PDP leadership which read, “This is to inform you of my intention to resign from active and partisan politics with effect from today, the 14th day of March 2019.”

He had explained that his move from politics was personal and that the move will allow him to devote more time to charity and resuscitate his non-partisan political leadership academy, which he established a few years ago.

He had gone ahead to explain some reasons for his actions which were termed anti-party by the party:

“Whereas the national leadership of our party, recognised one candidate for the 2019 election, by court pronouncements another candidate, and in compliance with those court orders, which the Independent National Electoral Commission (INEC) recognised was on the INEC list.

“The candidate recognised by INEC was not acceptable to the national leadership of the party. Our situation was then compounded because the candidate which the court and INEC recognised and accepted as valid has also been expelled by the party.”

That situation made him respond to “the yearnings of our people and joined others in emplacing an administration that we believe will better serve the interests of our people than what currently exists.”

READ ALSO:  US Election: The Truth About Primate Ayodele's Prophecy on Joe Biden

Perhaps before joining issues with any entity, some things need to be put in retrospect.

OGD had joined the PDP in Ogun State in September, 2001 at an event which was described as one of the most ceremonial political rallies in recent political history in the South Western part of Nigeria. He had gone ahead to create a highly robust and effective political campaign machinery which resulted in an electoral victory for the People’s Democratic Party in Ogun State in 2003; a victory whose dominoes’ effect reverberated through the politics of the South-West region positively with a victory in five states for the then ruling party.

Having served as governor of Ogun state for eight years, his administration till today remains a point of reference in terms of physical, social, economic, educational and human capital development since the state was created in 1976. Notwithstanding these widely acclaimed achievements however, PDP in Ogun State ran into trouble waters towards the end of his administration (about the year 2009) which led to the sad loss in the election of 2011, and regrettably ten (10) years after the party has been unable to resolve those internal disputes and challenges.

Unlike OGD, no politician in Nigeria today will willingly resign from a political party for more than a year before pitching tent with the next available option. Out of respect and the vestige of loyalty he had for the PDP-a party he joined over two decades ago, and of course, the love for his teeming apostles, OGD waited for the best moment to press play on his paused political career.

The most extraordinary characteristic of Daniel is his ability to endure and renew. No politician has faced down greater existential challenges or perfected the technique of quiet adjustment to shifting realities with greater skill than OGD. Perhaps. When he left office in 2011, he made efforts to remain relevant in the scheme of things in the state. In line with his desire, he tried to keep the structure of the People’s Democratic Party, PDP, in the state intact. But this only lasted a short while, as he had to fight many battles in the process.

Remarkably, OGD operates what can best be termed the politics of the people. Not only is he loved and cherished by the people of Ogun state, he ensures that his political moves are in tandem with the desires of his people. That was why he had to leave the PDP to join the Labour Party. His reason for joining Labour Party was to build a platform that will serve as a proper check mate for irregularities in governance of the state. Though people in the PDP frowned at this but the masses joined him to follow the party. Labour Party became the most dominant opposition party in the state taking over from the PDP. While skeptic analysis said it was an act of desperation for him to have left PDP for Labour Party but majority of the people of Ogun State didn’t care, they started declaring their support for him. He became the voice of the masses speaking against unhealthy antics of the state government.

After much deliberations and reconciliation meetings orchestrated by the National Leadership of PDP, Gbenga Daniel returned to PDP in October 2014. He returned back to PDP with massive supporters from the Labour Party which became a big boost for the PDP. But as the years rolled by, the internal wrangling and power tussles within the party took on greater dimensions, en route the last general elections. Things looked as if they couldn’t get worse, but they did, as the PDP lost the elections to the ruling All Progressives Congress (APC).

Politically, the PDP had lost its teeth within the political schemes in Ogun state. No longer was it the formidable party of yester years; this is notwithstanding OGD’s large followership in the state. Political pundits and analysts have for years posited that a move for the political gladiator away from the PDP and its many problems will be the best move for OGD’s political life as well as a win for the people that have come to love and trust him.

It, therefore, came as cheery news when he announced his return to politics on a formidable platform like the APC. OGD’s return to politics and the pitching of his tent with the APC marks something of a comeback for the Ijebu political titan, whose political exploits appeared irretrievably tainted by the internal wrangling and power tussle that afflicted the People’s Democratic Party.

Onboard APC, OGD relevance, political clout, prowess, etc, go beyond Ogun State to the national level for the greater good of the Nigerian people. This can be envisaged from his programme on Public Private Partnership which attracted several businesses into the state during his tenure. And why not? From education to health, sports, economy, agriculture, urban renewal and rural development, power, infrastructure, human development, housing, industrialisation, tourism and employment generation, OGD’s imprints in the state were phenomenal!

As at the last count, about 70 companies berthed in Ogun State from 2003 to 2011 with over 250,000 jobs provided through various employment generation schemes of the State government. In his eight years, the OGD Administration did more roads than all the administrations before it and most of these were done through direct labour with the Ministry of Works and the Ogun State Road Management Agency OGROMA. By utilising this method, costs were significantly saved while the confidence of indigenous engineers was reinstated in the people. The Olumo Rock resort was refurbished meeting international tourism standard, the MKO International Stadium Abeokuta was renovated and three other stadiums in other geo-political zones of the state were constructed to FIFA specifications.

The NYSC orientation camp in Sagamu is reputed to be the best in the country while the Tai Solarin College of Education was upgraded to University status making it the first in Nigeria and second in Africa. It was adjudged the best University of Education In Africa in 2011. The construction of a modern secretariat for civil servants in the state at a cost which beat the imagination of late President Umar Musa Yar’Adua who commissioned it remains a landmark.

The construction of the six-lane Lalubu Road – the commercial nerve centre of Abeokuta – without a single demolition of existing building was to become a standard in road constructions in Ogun State today.

For OGD, the governorship was a 24-hour job. The last project he commissioned, the OPIC PLAZA remains, till date, is the tallest structure in Ogun State.

Perhaps it is not immodest to say that the incredible performance of Otunba Gbenga Daniel is now a benchmark to measure the performance of future leaders of the gateway state. In the words of the Nobel Laureate himself, Professor Wole Soyinka, “The various projects embarked upon by Governor Daniel are laudable and practical”.

If his decisions have gained him so much love and respect from his teeming apostles and the good people of Ogun State in the past, then who dares question why a lion decided to roar again?

Ogidi Omo has once again thrown his hat into the ring. He is the APC senatorial candidate for Ogun East and given his antecedents, there is no gainsaying that the good people of his senatorial district are in for the best available representation at the national assembly.

Full Details Of How FG, States, LGAs Shared N8trn In 2018